Why hurt your teeth hurt during pregnancy

Teeth during pregnancy can hurt for many reasons, including due to hormonal changes within the body. Therefore, it is important to resolve all the existing problems. 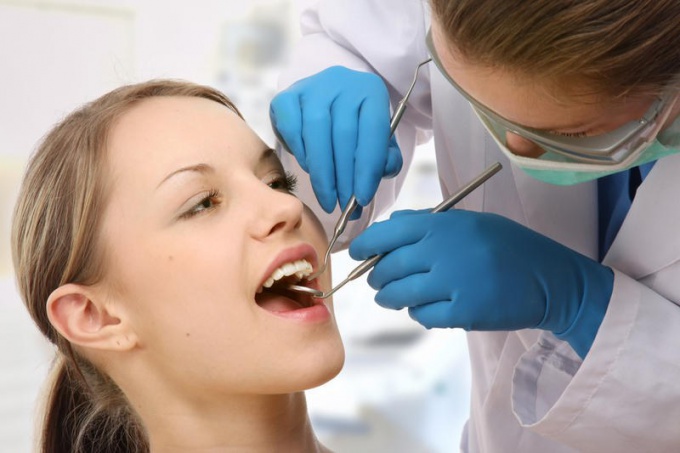 Related articles:
Instruction
1
Pregnancy is a special time in every woman's life, accompanied by a restructuring of the entire body that affect the General health of the woman and the state of its individual organs and systems. Often during this period, expectant mothers are faced with the aggravation of existing chronic diseases, including pain in the teeth. This can happen for several reasons.
2
If you have not treated the teeth at the stage of planning a child, then there is a risk that you will encounter diseases of the oral cavity after conception. Teeth expectant mothers often become more sensitive to hot, cold, sour, sweet, etc. the Reasons for these unpleasant consequences may be few, and most important of them is to change hormonal levels women, increase in the concentration of hormones progesterone and estrogen, which can change the acidity of the mouth and cause caries, periodontitis, pulpitis, etc.
3
Your immune protection during pregnancy only directed at the unborn child, so their own organs and systems during this period often "suffer" from the inability to give the "Otpor" bacteria and viruses attacking the body. This is fully reflected in the condition of the teeth, plaque which becomes more intense. And under favorable conditions related to insufficient oral hygiene, bacteria begin to actively proliferate, affecting not only the teeth but also gums.
4
Morning sickness during pregnancy can greatly exacerbate the already difficult situation. As you know, this condition in most cases is accompanied by nausea and vomiting, as a result, the body of a pregnant woman begins to experience a lack of vitamins and nutrients, and the worst thing – he's starting to run out of calcium. Especially dangerous such as the 6-7 month of fetal development, when the formation of the skeleton, the construction of which need calcium. As a result, the body remains nothing how to implement baby's own calcium. Therefore, expectant mothers whose pregnancy is on the background of severe toxicity or poor and insufficient food, I notice that they have hair fall out, nails deteriorate, crumble and teeth hurt.
5
Therefore, in order not to become a hostage of this situation, you need to visit the dentist regularly, including during pregnancy. Of course, to do a "Hollywood" smile in this period is not necessary, but to treat all the existing problem teeth need, and it should be done before the 6th month of pregnancy.
Is the advice useful?
See also
Подписывайтесь на наш канал