What happens to bones during pregnancy

Pregnancy – a special state of the woman's body. At this time is the restructuring of all systems and organs, in particular changes in the structure of bone tissue. If a woman is healthy, after pregnancy mineral composition of bones is quickly restored, without a trace are changes of the skeleton. Need to know – changes in bone tissue and skeleton in pregnant women pose no threat to the child, but can be dangerous for the mother. 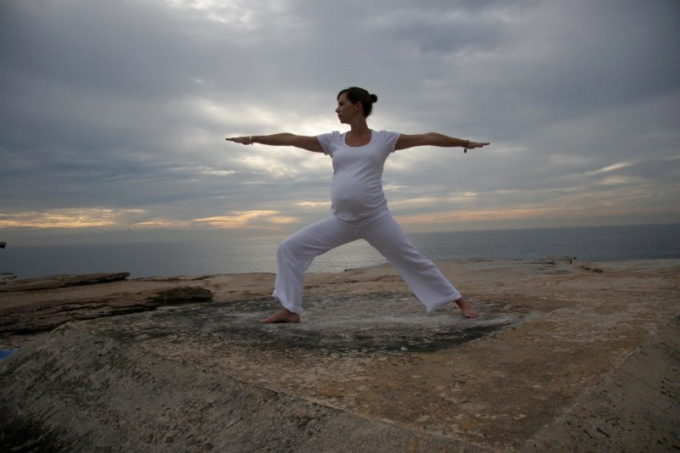 Pain and discomfort in the bones of the pelvis in one way or another appear to every pregnant woman. Pelvis differ – this happens for several reasons. Bone symphysis or symphysis softens. This is necessary so that during delivery the child passes through the birth canal.

Because this bone is fixed, there is pain. Excessive softening of bones is called the symphysis the symphysis, the bones differ so much that any movement causes a sharp pain, sometimes the question arises about the need for delivery by caesarean section to save the mother's health. Prominent symptom of the symphysis is the "duck walk". You should wear a corset, not to do sharp movements and to protect themselves from intense physical exertion in order to avoid further divergence of the bones symphysis

Normal muscular and ligamentous apparatus capable of holding the softened bones of the symphysis in a stationary state. If you before pregnancy was in good physical shape, played sports or had an active lifestyle, the pain will be less intense, and the probability of occurrence of the symphysis is much lower. Postpartum muscular system "tightens" the bones of the pelvis and irreversible changes of shapes do not occur. That is, the assertion that every pregnant after giving birth hips will get wider, wrong. Hips will be wider than those whose musculo-ligamentous apparatus is insufficiently trained.

Changes in the mineral structure of bones

Midwives believe that taken during pregnancy, calcium can only partially protect skeletal system women. Calcium supplements do not make up for his lack of bone tissue, but are easily digested and promote the normal development of the fetal skeleton. If the entering calcium does not cover the needs of the growing fetus, the lack of kompensiruet due to the calcium in the mother's body. Demineralized bones, broken teeth. It should be noted that during pregnancy compensatory protective forces of organism women is increasing significantly – in particular, an increased absorption of calcium in the intestine. In addition to calcium, beneficial to pregnant women sesame seeds, cheese, low-fat cheese and low-fat jelly. 2-4 weeks before the end of pregnancy calcium supplements canceled, so as not to cause ossification of the skull bones and premature closure of the fontanelles.

Changes in the spine

The natural curves of your spine to the end of pregnancy smoothed out, and due to the restriction of mobility of spine becomes less elastic. After childbirth and during pregnancy can worsen low back pain. Yoga classes allow you to maintain mobility of the spine and do not require serious physical exertion.

The change of foot

The fact that during pregnancy the size of the foot increases, right. But if the ligaments are elastic enough, after birth, the foot will quickly return to its original state. But in fact there is a decrease in the arch of the foot, the foot becomes wider, over time, these changes are fixed. They are not dangerous, but the shoes have to choose a larger size. Walking on eggshells and exercises to strengthen the muscles of the foot will return to its normal condition.

Normally proceeding pregnancy doesn't leave behind any irreversible changes. Typically, the recovery period lasts about a year, depending on the age of the woman and the characteristics of its health.
Is the advice useful?
Подписывайтесь на наш канал