Where the shooting of the program Comedy club

The show "Comedy club" - the first Russian equivalent of the American stand-up performances. In 2003, the "Comedy club" were just a few residents. Now, the transfer is known throughout the country, and gathers millions of viewers. 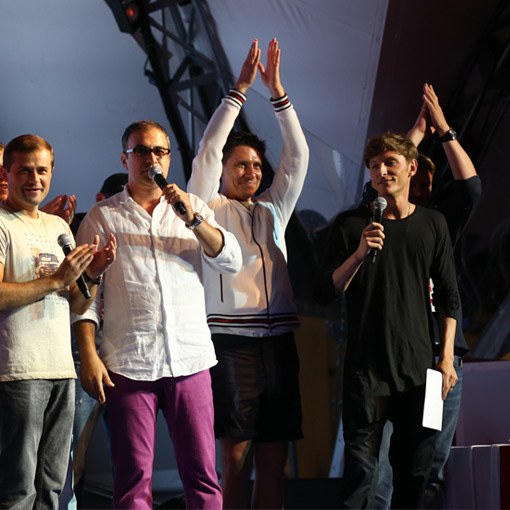 Related articles:
The creation of the Russian version of "Comedy club" is a team of KVN "New Armenians". In the early 2000-ies Artashes Sargsyan returned from a trip to the US and infecting their friends with the idea of creating a Russian analogue of stand-up Comedy.

A few years on the channel TNT has released the first gear. Touched was successful - rated "Comedy club" began to grow. From the production team appeared first money, which the guys were allowed into the development of the project. Then was created the producer center Comedy Club Production".

Now the shooting programs are conducted in the entertainment center "Golden Palace". The filming schedule is published in advance. Usually day removed the three programs, the duration of each of which is about three hours. The total collection is in the closet "Golden Palace" and begins long before the shooting.

To get to the shooting of "Comedy club" is quite simple. You need only call on the phone. Usually under the television spotlights allowed people aged 18 to 35 years with a pleasant appearance and stylishly dressed. If you are lucky enough to be invited to the audience, remember that clothing needs to be extended and bright. No black top!

The history of stand-up Comedy

Many people in our country used to think that the genre of stand-up Comedy was born in the United States. Not at all - the first stand-up appeared in Britain in the eighteenth century. First, the comedians performed in music halls. All the speeches had been carefully censored, which abolished only in 1968.

In the US, stand-up Comedy grew out of vaudeville. The founders of the genre are considered Norman Wilkerson, mark TWAIN, woody Allen and lenny Bruce. The heyday of the stand-occurred in the postwar period, when the U.S. Comedy clubs began to grow like mushrooms.

Sometimes participants of the Russian "Comedy club" is accused of low level jokes and "toilet" humor. But such is the style of the genre. In the US, for example, lenny Bruce was repeatedly arrested for profanity and lewd behavior on stage.
Is the advice useful?
Присоединяйтесь к нам
New advices