How to get Comedy Club

Over the past few years in Russia Comedy club remains one of the most popular Comedy show. Resident Comedy – celebrities, they imitate and they want to be like. 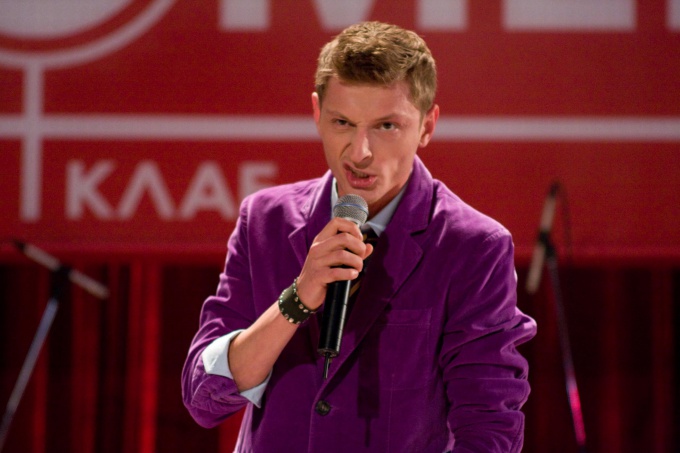 Related articles:
Instruction
1
To be in the famous Studio, in fact, means brilliantly at the Federal level to start a career. But in order to be in Comedy, you need to exert some effort. Perhaps, often the longest and the most win-win of getting to the Comedy club is to play in the team of Club cheerful and resourceful. You can also Shine in the final show of "Lethal League" "Laughter without rules". Most of the residents of the famous program and it started.
2
If you want to just come for the program as a spectator, just buy the tickets at the table. Tickets are sold at the box office spectacular. You can also reserve a table via the Internet.
3
Another way to come to an open casting this program. The main thing - do not be afraid of the public, act only with their funny numbers, in any case, do not steal other people's jokes and do not use the Mat as the audience take a dim view of abusive words and vulgar jokes. It is advisable that you pre rehearsed his speech in front of an audience then at the casting you will be able to compete.
4
And if you clearly advocated and won the audience, thus becoming the best in the city, you see, and in Moscow you can get. To get to such a casting is very simple, because now in many Russian cities there are representative offices of the Comedy club. It also has a branch Studio in Ukraine. A few years ago opened a network of restaurants Comedy Cafe, which regularly holds open auditions to absolutely everyone. In Moscow cafe is located on Dmitrovskoye shosse 163a, in Belgorod – 164 B. Khmelnitskiy prospect, Reutov, 2nd km of MKAD, Kaluga – Kirov street 59. Come and be of good cheer, worthy.
5
Send video of your performance to the address specified on the official website of the famous program. However, note resident Comedy not comment on the record of newcomers and does not enter with them correspondence.
Is the advice useful?
See also
Присоединяйтесь к нам
New advices