Evgeni Malkin: statistics in the NHL

Evgeni Malkin is one of the best hockey centre forwards in the world. The native of Magnitogorsk born in 1986 already conquered the whole world with his play overseas. In the NHL championship Eugene spent 8 seasons, during which he managed to achieve many outstanding results. 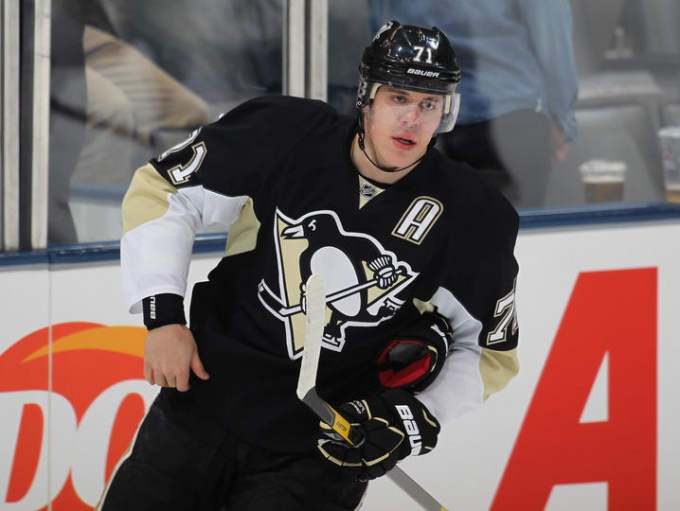 Back in 2004, Evgeni Malkin was drafted in the NHL, but to play for the club, "Pittsburgh penguins" (the only NHL team-ovsky career Malkin) Eugene began in the 2006-2007 season. Statistics first year in Eugene is amazing. In the regular championship of NHL have been played 78 matches for which Eugene scored 33 goals and gave up 52 assists. In five games of the playoffs Eugene failed to score, he just handed goal assists - it was 4. It is no coincidence that Malkin won the prize of best rookie of the NHL season 2006-2007.

All in all, Yevgeny Malkin in a regular season NHL spent 518 matches in which he scored 240 goals and gave 392 assists. The total number of points in the system goal+pass, Eugene amounted to 632. Matches of the playoffs for eight seasons in the NHL, Eugene had accumulated 96 in which Malkin has scored 42 times with 69 touchdown passes.

The most goals in the regular season, Malkin scored in 2011-2012. Eugene was able to hit the opponent 50 times while assists had accumulated 59. However, in this season in the playoffs the entire Pittsburgh was not a great success, sootvetstvenno and Eugene scored only 8 points (3+5) in six games.

According to the statistics of the performance in the NHL, Evgeni Malkin is among the best players of Russia of all times. It is no coincidence that the forward of Magnitogorsk in the best hockey League in the world has received many prizes. In particular, the Calder Trophy (best rookie season), Art Ross Trophy (top scorer) in the seasons 2008-2009 and 2011-2012, Conn Smythe Trophy (MVP of the playoffs) in the 2008-2009 season, HART Trophy (MVP season) in the 2011-2012 season.

Evgeni Malkin continues to play in the NHL for the Pittsburgh penguins, so the stats of Eugene is expected to increase. At least to hope so many fans of Russian hockey, as well as personal fans of the assistant captain of the penguins", which is Evgeni Malkin.