My ears hurt in infants

If the baby became restless, crying and difficult to fall asleep, maybe he's anxious ears. Recognize that it hurts the baby, the mother is often difficult, as he can't talk about their problems. Therefore, one should be mindful of the vagaries, because it is often the cause of pain in the ears in infants are various ear infections. 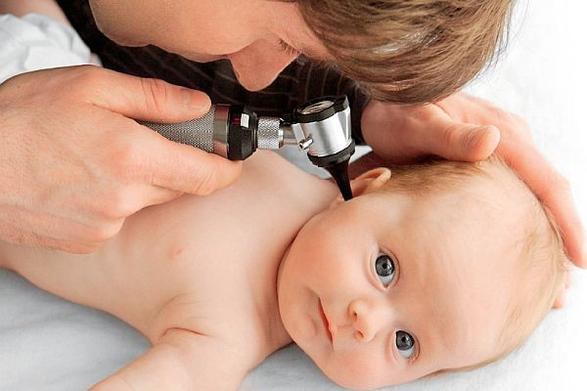 In order to know precisely what a pain in the ears brings certain discomfort to the baby, carefully press down on the tragus. The so-called part of the ear that covers the entrance to the channel. If you noticed that this procedure is unpleasant baby, he cried, shuddered, this means that problems with the ears still there.

Should immediately seek help at a professional medical facility, if the baby has the following symptoms:

Otitis externa occurs when the infection gets to the surface of the skin of the external auditory canal during a combing hair or cleaning ears. The symptoms of this disease: a translucent discharge, redness around the ear canal.

Erysipelas occurs as a result of various skin lesions and microcracks. Symptoms: bubbles on the outside of the ear canal red and swollen auricle, chills, fever.

Inflammation of the hair follicle or boil appears due to a temporary drop in immune system and trauma. Symptoms: enlarged lymph nodes, pain in the ear. The boil is slow, and then Matures and bursts, releasing the pus.

Treatment of inflammation of the outer ear with a light course of the disease can be carried out at home: balms, ointments, lotions. In the presence of complications, hospitalization of the patient and the appointment of anti-inflammatory and antibacterial drugs by a qualified technician.

As a result of complications after the SARS may be acute otitis media. Infection from the nasopharynx via the Eustachian tube eventually ends up in the ear. In addition, this may be getting formula or breast milk from the nasopharynx into the ear of the baby when feeding. Symptoms: lethargy, fever, ear pain, and sometimes diarrhea and vomiting.

If the ear went pus, which means that otitis media moved to purulent. The disease a number of complications goes into methodit – severe inflammation of the mastoid process of the temporal bone.