What are the different types of skiing

One of the most popular and affordable for all sports is skiing. Thanks to the skiing sports, it is possible to significantly increase the strength, agility and endurance. Ski lessons have a beneficial effect on human health and maintain it in good shape. There are several types of skiing. 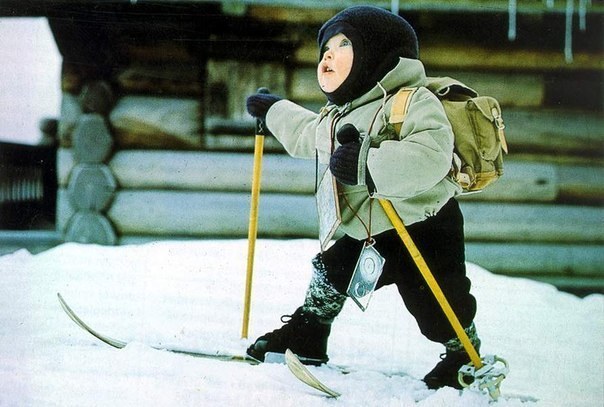 Ski racing refers to cyclic sports. They represent a race ski on different longest distance on a specially prepared tracks. Ski race include the following:

- Separate start, where athletes start after a certain interval, which usually is 30 seconds, and the result of the race is calculated as the difference between finish time and start time.

- Mass start, where athletes start together. The result of the race is the finish time of athletes.

Pursuit. In this case the competition is held in several stages, after each of which the result is determined by the starting position on the new stage.

Relay. These ski races represent team competitions. Each of them consists of 3-4 stages. In a team of 3-4 athletes who pass each other the baton passed after your stage.

- The individual sprint, in which, the competition starts with the qualifying stage. A person who has qualifications, is involved in the final stages of the sprint.

- Team sprint, which is held as a relay race of teams of two participants alternately changing each other after a certain number of laps on the track.

Alpine skiing is a downhill route, marked with a special gate. For this purpose, special skis, which are heavier, shorter and wider racing. In this sport always define clear parameters alignment length, elevations and number of installed gate. There are several types of skiing:

- Slalom: a route with a length of 450-500 metres with a height difference of 60 to 150 m; the athlete must pass through all gates installed.

- Super giant: unlike conventional slalom are longer track, more elevation changes and the number of gates and the terrain is more varied (hills, slopes, valleys) that allows the athletes to develop greater speed.

- Giant slalom: the gates are installed more often than in the super-g, which requires athletes greater mastery of the track.

Downhill: the fastest and dangerous type of skiing, where the individual sections of the track develops speed up to 140 km/h.

Combination: combining downhill and slalom, the winner is determined by the lesser amount of time in these two disciplines.

Jumping on the ski jumping

Jumping represent a mix of jump-flight with special skis-wings. Speeding from the mountains and rose from the ground and the athlete tries to adjust the flight surfaces of the ski, thus if falls on the invisible prop, and parted with it only when landing.

Ski biathlon, also known as the Northern combination, combines ski jumping and cross-country skiing. Athletes make two attempts to jump from a 90-meter springboard, points which are added together and then race free style 15 km.

Snowboarding is a discipline in which you perform exercises on a special ski (snowboard – snow Board). There are several sports:

Parallel slalom: unlike the parallel giant slalom in a smaller length of the track.

Snowboard cross: there are certain requirements to track, which should contain a sufficient number of pieces of terrain that allows athletes to build up speed on the course. First is the qualifying stage and then the final.

- Big air: after the crackdown from a great height, athletic, in-flight, performs a variety of stunts.

- Half-pipe: alignment is a snow channel (half-pipe means "half pipe"), on which rolling from edge to edge, athletes perform jumps and other acrobatic stunts.

Freestyle is translated as "freestyle" and is performing various tricks and jumps on skis. Is divided into several disciplines:

- Moguls: athletes descend on the slope, which is in a checkerboard pattern located in the moguls or bumps; each athlete performs two jumps on the track with the jumps, counting speed, the technique of descent and jumping.

Ski cross: ski race on a track with numerous jumps, waves and turns; first there is a qualification, then the final stages.

- Halfpipe: on a special track in the form of a gutter, the athletes demonstrate a variety of tricks; taking into account their complexity, technique and clean execution.

In addition to purely sports have disciplines that include elements of skiing:
- biathlon,
ski tourism
- orienteering on skis,
- ski-mountaineering.
Is the advice useful?
Присоединяйтесь к нам
New advices