Where he is buried Viktor Tsoi

Viktor Tsoi was buried in St. Petersburg Theological cemetery. The grave is not so easy to find but if you follow the recommendations, you can reach it in a few minutes. On the grave is always a lot of flowers, as the fans of famous rock music millions. 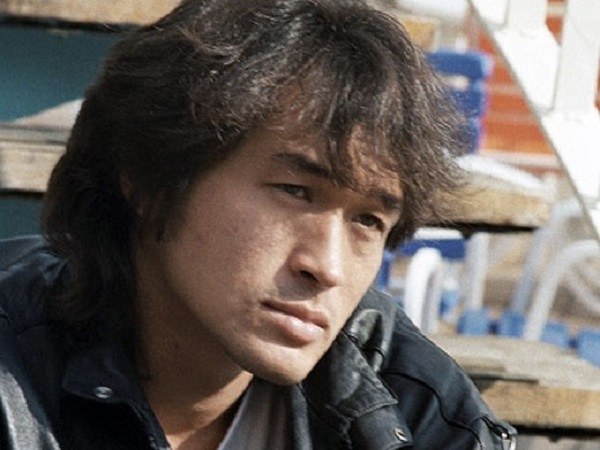 Related articles:
Viktor Tsoi entered the history of Russian music as "mysterious man in black. His songs are listened to by a generation of teenagers, trying to discern the meaning of the works "Boshetunmai", "the Last hero", "blood" and others.

Viktor Tsoi was able to fall in love with millions of people, being themselves, not changing their art for the sake of the spirit of the times. Moreover, he managed to become a good actor, starring in the film Rashid Nugmanova "Needle".

The year 1989 was unusual for a singer and novice actor. The album "a Star named the sun" breaks all records of sales, and the Tsoi recognize the best actor of the year in the country. The glory went to the leader of group "Cinema" increasing exponentially, but...

15 Aug 1990 in the early morning of Viktor Tsoi did not. The car "Moskvich", which was ruled by the famous rock performer, at high speed crashed into the regular "Icarus". As a result of collision the driver "the Muscovite" have died on the spot.

The news of the death of youth idol shocked everyone. Nobody believed that this could happen. Older people claimed it was rigged by some forces – could not Viktor Tsoi falling asleep behind the wheel. Whatever it was, but the life of the extraordinary man interrupted before, although he managed to do so much, leaving a bright trail.

Viktor Tsoi was buried in St. Petersburg Theological cemetery. The city on the Neva river – the birthplace of the singer. At the funeral there were several thousand people. The legendary group "Cinema" broke up, but remained amazing songs filled with deep meaning and magnetism.

To find the grave of Victor Tsoi, have a little try. Beginners often wander through the cemetery, dozens of minutes before you find the right place. To quickly find the grave, enter the cemetery through Kondratyevsky Avenue. After the road ends, turn to the left, at the Laboratory the Avenue to reach the cemetery.

Next, you should go, without turning on the Vyborg alley to the Church. From the Church take the Brotherly road, which leads a hundred yards to the tomb of Victor Tsoi. It is located on the right side.

The first few years at the tomb of the legends of the national rock around the clock duty fans. They sang and listened to it, cared for the flowers, talked with the visitors. Currently you can go to the grave and stay there alone, although this happens not so often. Still in Russia there are many admirers of Victor Tsoi.
Is the advice useful?
Присоединяйтесь к нам
New advices