How was the anniversary of Tsoi

Viktor Tsoi is a cult figure for fans of rock music, the leader of group "Cinema", the author and performer of songs, played in several films. Despite the fact that the singer died more than twenty years ago, for many fans of Choi is still alive. And on June 21 in Russia celebrated the fiftieth anniversary of the Victor. 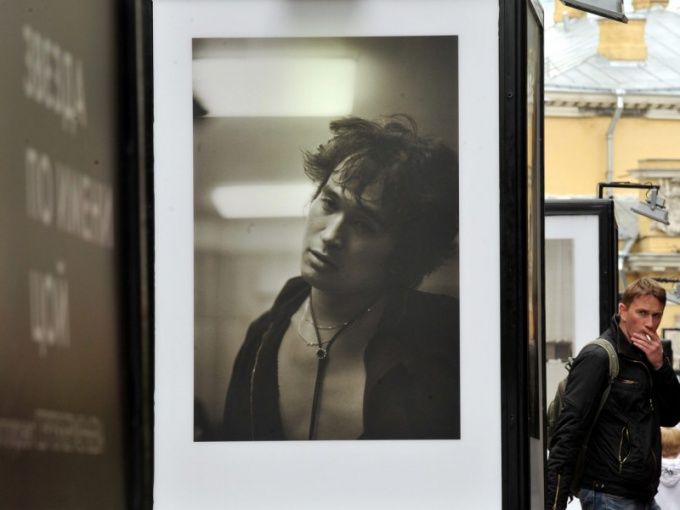 Of course, the main events were organized in Saint-Petersburg. Here was born, lived and was buried musician. The grave of Choi all the days is a place of pilgrimage for admirers of his talent, and only in the jubilee of the singer here has gathered hundreds of people wielding candles and brought flowers.

The club "Kamchatka" on the street Blokhin was created from the former boiler room, where in the eighties he worked Viktor Tsoi. On June 22, the day after the anniversary of the former Stoker in the rock club held a speech in which popular bands and unknown singers sang the song lost stars.

Symphony orchestra of the State Hermitage and the ex-guitarist "Cinema" Yuri Kasparian also performed favorite songs in the St. Petersburg concert hall "October". This music program was created by them two years ago and performed at the twentieth anniversary from the day of the crash, which killed Viktor Tsoi.

In early June, on Malaya Sadovaya street opened a photo exhibition "the Star by name of Tsoy". All exhibits photographer Sergey Bermeniev on one of the last concerts given by the group "Kino". Work was done in black and white technique and shot on a primitive camera. A June 21 State Russian Museum received as a gift from the author of one of the portraits of Viktor Tsoi.

Celebration of the anniversary of the singer was not without incident. Near the club "Kamchatka" in the midst of a feast unknown scattered leaflets to the crowd of fans who initially decided that the action planned by the organizers and began to catch the flying leaflets, and then hung a banner with the inscription "Choi is dead." According to the signature on the leaflet campaign was made by the party of anarchists "people's Share". On duty outside the rock club the police rushed in pursuit of the ruffians, but they were never caught.