How to cook pearl barley

Pearl barley has fiber, good for digestion, and polysaccharides, decreasing the concentration of glucose in the blood. Otvarivaya barley, keep in mind a few nuances which will make a tasty dish quickly. 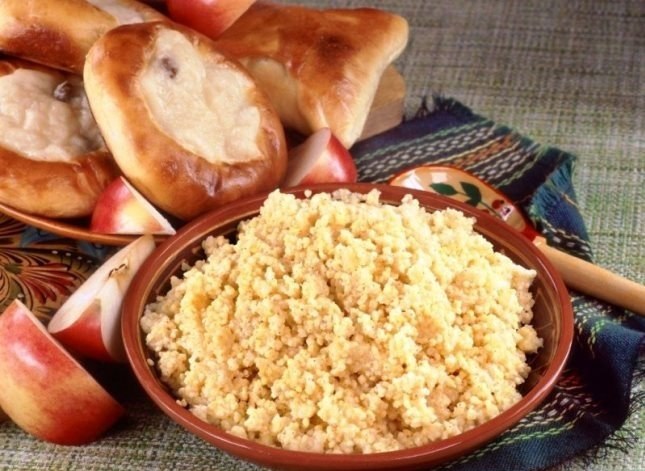 Related articles:
You will need
Instruction
1
Before you begin cooking pearl barley, pay attention to the processing time. This is a very undemanding product that can be stored for several years. However, the duration of storage significantly increases the time required for cooking.
2
To minimize cooking time, soak cereal in water for 3-4 hours, preferably overnight. Soaked pearl barley is much easier to heat treatment. Before cooking the grits, put in a colander and thoroughly washed under running water.
3
Prepared groats, place in a large kettle and cover with water or broth. The ratio of cereals and water should be 1:2. Kazan put on a heated plate. After 3 minutes of boiling water reduce heat to medium and continue to cook pearl barley by adding the taste of table salt. By this time pearl barley should increase in volume by absorbing water. Therefore, it is necessary to fill the liquid. Pour into the cauldron a fourth part of water or broth, used in the beginning of cooking.
4
After re-boiling again reduce the heat. Krupa needs to steam under a lid for about an hour. If the barley is stored for a long time, cooking time at this stage can take up to 1.5 hours. The finished barley should be soft and swollen. Knowing how to cook pearl barley, you can cook a great side dish for a main dish.
5
If there is no time to wait until the grits swell, you can cook the pearl barley an emergency method that will take much less time. However, in this case, the palatability of barley porridge can be worse.
6
Pearl barley without soaking, rinse under running water and place it in the cauldron, the Gulf water. Cook the barley in a strong heat until boiling. As soon as the water boils, drain it and fill the cauldron new portion of water. Then continue to cook grits over medium heat. Boiling water again, drain and fill the cauldron new portion of water, which should be about 1.5 times more than barley.
7
Cook grits over medium heat. After boiling water, add salt and cover the cauldron with a lid. Reduce the heat to a minimum. Thus the cooking time of whole barley can be reduced by almost half.
Note
Trying to shorten the cooking time of whole barley, the hosts often used specially prepared cereals packaged in individual packets. This product is very easy to prepare, but deprived of the greater part of the nutrients inherent in the barley.
Useful advice
If you add into the bulging rump with a knob of butter, barley will turn out especially delicious. Also for swelling of the best cereals you can put the cauldron in a preheated oven.
Is the advice useful?
See also
Подписывайтесь на наш канал