How to get to Hellfire Peninsula

The Hellfire Peninsula is a location in the popular game World of Warcraft. Here you can pump your character to level 63-64, perform a few achievements, but also to visit the dungeons. 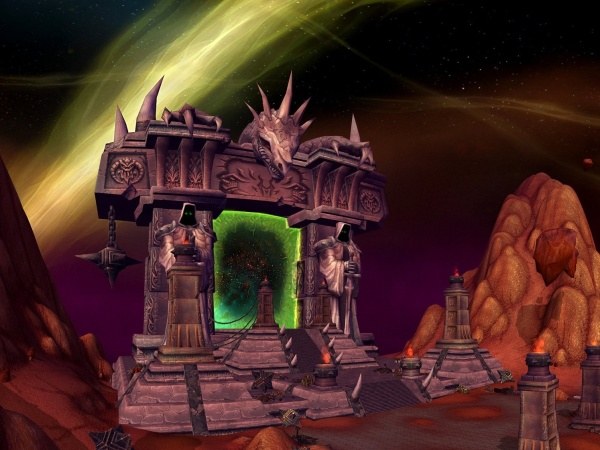 Related articles:
Instruction
1
The Hellfire Peninsula is the starting area of outland. Gloomy atmosphere, scorched red earth, lack of vegetation and a lot of skeletons under my feet, suggest the fierce battles. The culprit of the battle is considered the leader of the Horde in Draenor named Ner zul. His erratic jumping through the portals led to a split planet apart.
2
Regardless of your chosen faction, to get to the Peninsula, using a Dark portal, which is available to players 58 and above. For this you need to move the blasted lands. This can be done from any capital, it is sufficient to find teachers of the magicians, the portal nearby.
3
After you are transported to the Scorched earth, look straight ahead. You will see a huge yellow-green gates, which are a Dark portal. On the way to it you need to be very careful, there may be players from a hostile faction that wants to kill you.
4
On the way out of the Dark portal you will be greeted by representatives of the Alliance and Horde, they will tell you a little bit of history and give the first assignment. Here you will find the flight instructor which will help you to get into the camp or send in a large city Shattrath city. Also on the Peninsula is the "headquarters" of the orcs – Hellfire Citadel. For a long time this fortress was considered abandoned. Until it was captured red-skinned Fel orcs. In the Citadel there is a few dungeons to get to that through the gate.
5
Ramparts Hellfire you will find at the top of the left wing of the fortress. This is an easy first dungeon. Here you can improve your reputation at Honor hold and Thrallmar. The entrance to the Forge of blood is above the Bastions, in the upper tower of the Citadel. You can also raise your reputation with factions and get some fabric of the void, which drops from the orcs.
6
To access the most difficult dungeon Shattered halls - you will need a key or a lock pick. You can cheat and use the back entrance or specifically to die in front of the grille, raised already inside. The dungeon takes about an hour, in the end you can get heroic armor, rare enchantment formulas, patterns or gemstones.
7
Under the Citadel is a RAID dungeon Lair of Magtheridon. After killing the final boss you will be able to get his head, and then exchange it for a unique ring.
Note
Be careful in the journey to the location. The Peninsula is crawling with demons who will want to kill you.
Useful advice
The Peninsula is a huge amount of Fel iron deposits. You will be able to quickly raise the level of mining.
Is the advice useful?
Присоединяйтесь к нам
New advices