How to play a paladin in WOW

Paladin - one of the most controversial and the most popular classes in World of Warcraft. Some players choose it for ideological reasons, as the most fierce and uncompromising fighter for the ideals of goodness, some because of the fairly simple style of game, and somebody just out of interest. 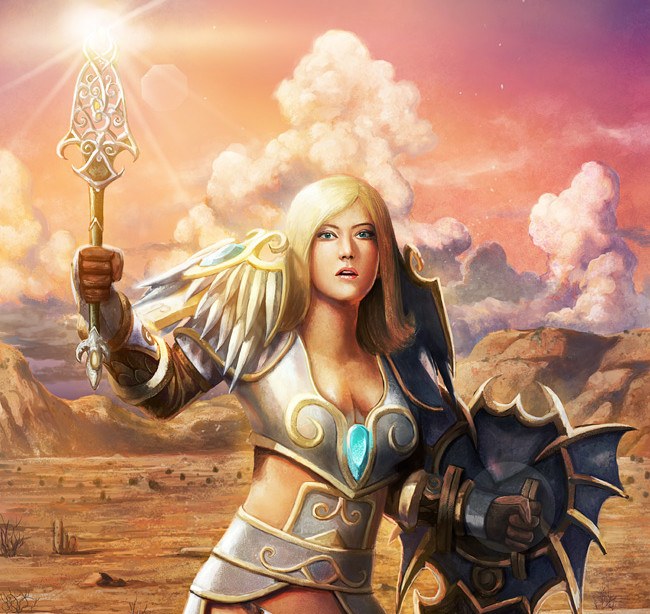 Related articles:
You will need
Instruction
1
Choose your side and race. At the dawn of the game, the paladins were able to play only the representatives of the Alliance, however the Horde players too. The Alliance paladins can be:
- People
- Dwarves,
- Draenei.

The Horde the choice is smaller: only the blood Elves and the Tauren. Each race has its advantages, but the best bonus for battles against players in the General opinion is the ability of a Person. Dwarves skilled in handling hammers, and Draenei have increased accuracy of shots. As for the Horde, for the battle against players more fit the blood Elves that have the ability to interrupt the spells cast by opponents. The Tauren as increased health, it makes sense for tanks, and also have the ability to stun multiple enemies at the same time.
2
The paladin can perform all three roles: damage as a DD (Damage Dealer) in the thread "Retribution", to treat the allies (specialization "Light") and to take damage from monsters, protecting group, by choosing the specialization "Protection". At any time, specialization can change, but we must bear in mind that the armor and weapons that are ideally suited, for example, "Retribution", will be almost useless for "Light".
3
If you're gonna play alone, then the most convenient option is to choose the Retribution, at least while leveling. As a DD paladin perfectly performs tasks and destroy monsters, and the ability to wear heavy armor and heal makes the paladin threat even to enemies above his level. In the group of the same dungeon more willing to invite a paladin-tank or healer because DD usually lack in the game.
4
The paladin has the ability to impose permanent positive effects on all your group - blessings. Don't forget to follow them and change depending on the current situation and the group that your blessings do not overlap with the permanent effects other members of the group or RAID.

The unique ability of the paladin is Divine shield, which protects him from any damage or control within 8 seconds. If you need to save a group member from death, you may use the spell "hand of protection", which gives immunity to all physical attacks for 10 seconds.
Note
The recovery time of the protective abilities of the "Divine shield and hand of protection" gaming standards long enough - 5 minutes, so use them only in the most extreme cases.
Useful advice
Gathering in a group dungeon, especially as a tank, try to study his map, to lead the group to a standstill.

Swing a tank or healer in dungeons faster than alone to perform the task, but to walk ten times in the same dungeon is boring. Assemble yourself a set of armor for "Retribution" and sometimes change specialization.
Is the advice useful?
See also
Подписывайтесь на наш канал