How many seasons and episodes in the TV series "the Challenge"

New sci-Fi series "the Call" was released a year ago, but has already acquired great popularity and an army of fans. It is a joint project of the developer of computer online games Trion Worlds and SyFy channel. How many episodes and seasons in this series, and whether fans expect a sequel? 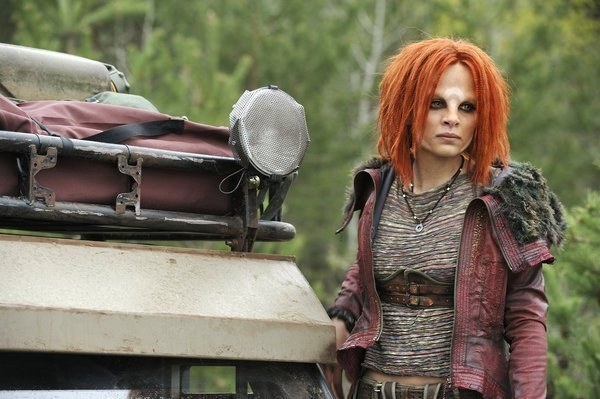 Description and features of the plot

The earth is experiencing a decade of bloody war, named the Pale – the earthlings have to fight with the aliens who lost their home planet and decided to settle on the planet. Some of the soldiers who realized the senselessness of a war of extermination, refused to fight, that led to a truce between the two species. The action of the story takes place in a small town, who sheltered the six different races. Fleeing from criminals in the town comes Joshua Nolan and his adopted daughter-alien, where by chance he becomes the local Sheriff.

World premiere series "the Challenge" was held on 15 April 2013 and was considered a large number of people in many countries.

A special feature of the series is its uniqueness – in this project simultaneously combines the TV series and computer online game. "Challenge" is not just a game based on a serial story, and not even the film adaptation, this series represents a convergence of television and gaming industry where the game and the series directly affect each other. The story can change viewers themselves playing the game and creating her characters, who have all the chances in the future to be on television.

The number of seasons and series

Today, the creators of the series "Call" was prepared and showed the audience one season consisting of twelve episodes. The first season was released on 15 March 2013 and got so attractive, "Call", it was decided to renew for a second season. The sequel to the sci-Fi series, consisting of thirteen new episodes, the creators of "Call" show promise in June 2014.

Fans of the series can be found in the game series heroes who will be given tasks mentioned in the TV version of "the Call".

So, now the audience provides information about two seasons. But due to the fact that the series has received wide acclaim of both critics and fans of the sci-Fi genre, there is an assumption that the SyFy channel will stop on the footage and further down the road will shoot the third season of "the Challenge". In addition, in favor of the continuation of the series and playing multiplayer computer game Trion Worlds, which is its direct extension.
Is the advice useful?
Присоединяйтесь к нам
New advices