Understand the varieties of cheese

Cheese lovers know that the same product can belong to several classes. Typologizing because of their fat content, texture, ripening time and not only. Association of cheese-makers of different countries, the creators of the guides, culinary guru year after year trying to create a single, comprehensive qualification, but while their works are fruitless and to learn to understand the varieties of cheese have to memorize several possible criteria. 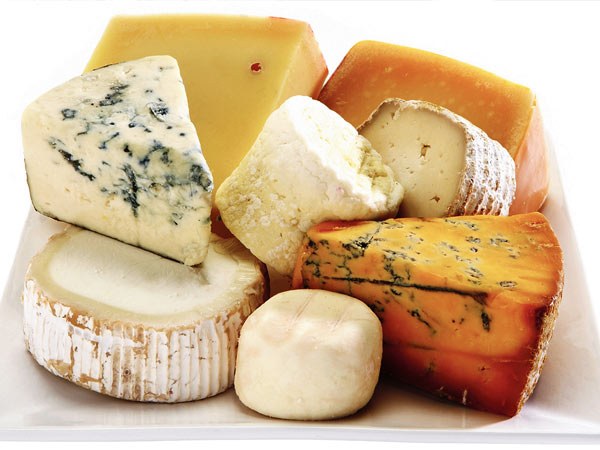 One of the most common typologically cheese varieties built on the content in the product moisture. Here there are soft, semi-soft, semi-hard and hard cheeses.

Soft varieties are all fresh, farmhouse cheeses such as ricotta, mozzarella, feta. Among Mature cheeses also come in varieties with high humidity, such as brie or Gorgonzola. Soft varieties are often spread on toast or crackers and served with fruit. They are put in salads, used to prepare such famous dishes as cheesecake, lasagna, pizza.

By: women are "monastic" cheeses, the most famous of which is the münster. Among the well-known semi-hard cheese varieties worth mentioning Gouda, cheddar, Provolone, Monterey Jack. Semi-soft and semi-hard varieties of well-melted and form a beautiful Golden crust at various casseroles. They are great in sandwiches, and in fondue.

There are Mature hard, Mature cheeses. These include such well-known varieties such as Romano, Asiago, Parmesan. Often cheese will eventually become solid, so, for example, cheddar, Gouda, and a Swiss cheese — Edam, Emmental, Gruyere — you can buy one or the other of humidity. In Swiss cheese, the bigger the hole, the more Mature and solid. Hard cheeses are often rubbed on a fine grater and used to flavor hot dishes.

Cheeses are always ripe cheese, but its moisture, they can be both soft and semi-solid or solid at all. Soft Mature cheeses include the famous varieties of brie and camber, covered with a velvety rind of white mold. To semi-solid and solid — Munster and port Salut.

Cheeses with blue mold, which, despite the name, can be various shades of green, also can be as soft or rigid. However, in this case the same product is simply subjected to the various aging. Works all the same rule — the older the cheese, the firmer. Such cheeses with different ripening times are Roquefort, Gorgonzola and Stilton. Aged blue cheeses are particularly spicy taste and aroma and are appreciated a lot more expensive.

Although most cheeses in the world and is made from cow's milk, there are varieties, which are used in the development of goat, sheep and even Buffalo milk. Separately allocate and cream cheese, they are made from enriched cream whose fat content is not less than 60%. The more fat content of the cheese, the milder the taste. Cheeses from the milk of other animals besides cows have a distinctive, spicy notes.

Brine cheeses differ in the way of storage. These varieties put into containers filled with brine, often with various savory additives. These cheeses are soft, hard, fresh and aged, but always with a distinct salty taste.