What cheeses are a solid varieties

One of the most popular classifications, all cheeses fall into four main types: soft, semi-soft, semi-solid and solid. Firmness of cheese depends on the content of moisture and exposure time. Popular varieties of cheese can Mature from several months to several years, receiving its famous texture, taste and aroma. 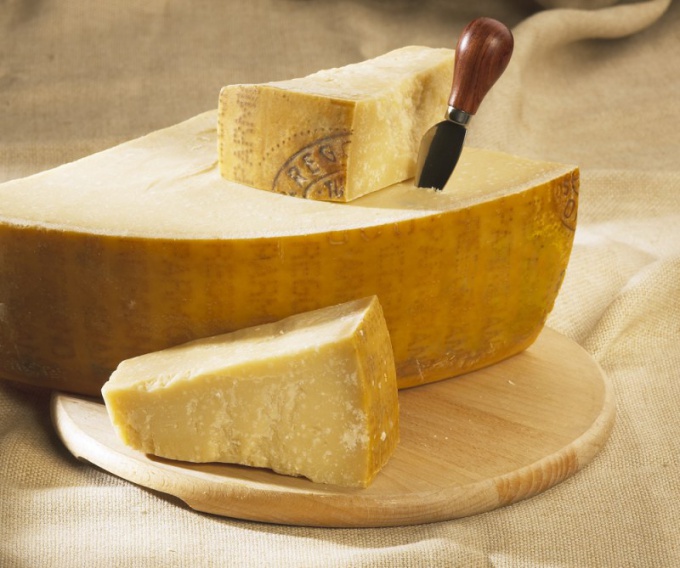 Production and storage of cheese

The initial stages of production of hard cheeses are no different from the traditional process of cheesemaking. But then the most drained of whey, pressed and left to ripen. In the aging process, the remaining moisture is evaporated and the salt in the cheese kristallizuetsya, giving the product a particular fragility, the cheese takes on a granular texture and a very noticeable aroma. The taste of this type of cheese can be different – spicy, sweet, salty, nutty, but always, like aroma, pronounced.

For aging hard cheeses need special conditions – a constant level of humidity, temperature, regular turning of the cheese heads. The thus obtained product requires a special approach to storage. Hard cheeses should wrapped in waxed paper or clean airtight container and store in a cool, dark place with low humidity.

One of the most famous hard cheese is the famous Parmigiano Reggiano, which is made from cow's milk in a small region in the North of Italy. Parmigiano or Parmesan is aged for at least 12 months, but it can be stored up to two years, with each month becoming more fragrant. Grana Padano is called "cousin" of Parmesan. For the first time this cheese has learned to make the Cistercian monks of the 12th century, they were looking for a way to store excess cow's milk and found a recipe for a great product, which became a national landmark. Another "fellow" of these cheeses do on the banks of the river Piave from partially skimmed milk. The eponymous cheese is remarkable in that it is eaten young, and then he refers to semi-soft varieties, and aged, solid. With the aged cheese Piave is losing its sweetness, but gets a spicy nutty notes.

English cheese cheddar also enjoys a great love of food and cooking. This is one of the aged cheeses in the world. Cheddar ripens for at least 2-3 years, but gourmets say that the real taste of the product becomes after 10 years of storage.

The Dutch are proud of their cheeses, including the famous Gouda. This cheese can be as semi-solid and solid. Aged Gouda – crisp and fragrant, while the soft kind is accused of some rubber texture.

Spain make two of aged cheese – Manchego h, Mahon sec. In this case, the prefix "sec" means "dry", as both cheeses, too, are not only solid. The Swiss are proud of Sprinz cheese, which is aged at least 24 months. They claim that this cheese – full analogue of Parmesan, only with a more refined taste. From goat's milk in Mexico, made cheese of cogita, standing out even against the background of other such cheeses is spicy, strong flavor.

Many believe that America also has its famous cheese – Monterey Jack, but no matter how fragrant and delicious this aging of the product, for connoisseurs, he is still semi-hard cheese.

How to use hard cheeses

Hard cheeses are most often peeled and grated and used to add flavor and texture different kinds of pasta, pizza, risotto. Their unique structure is well tolerated by the baking, so they are indispensable in various stews, quiches, grating. Sometimes they are sprinkled on salads, used in hot dishes of eggs and beans. Thin slices of hard cheeses served with crackers and fruit.
Is the advice useful?
See also
Подписывайтесь на наш канал