What is the hysteresis loop

Hysteresis – a property of biological, physical and other systems where the instantaneous response on impact depends on their current state, and the time interval the behavior of the system is determined by its prehistory. The hysteresis loop is called the graph showing this property. 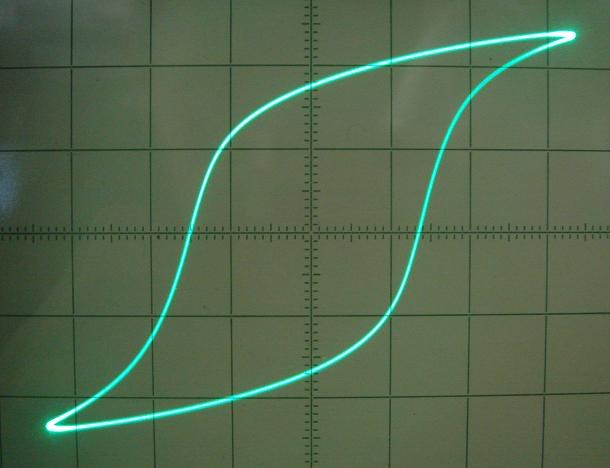 Related articles:
The presence of the angled loop on the graph is due to the dissimilarity of the trajectories between neighboring distances, and also by the effect of "saturation". Hysteresis is often confused with inertia, however, is not the same thing. Persistence is such a pattern of behavior that indicates a constant, uniform and monotonous, the resistance of the system changes its state.

In physics, this property of the system is represented by three main varieties: magnetic, ferroelectric and elastic hysteresis.

Magnetic hysteresis is a phenomenon which reflects the dependence of the vector of magnetic field intensity and magnetization vectors in matter. Both of the applied external field and the specific background of the sample. The existence of permanent magnets is driven by this phenomenon.

The model loops represents a cycle that some properties sends to us for review and approval, and some uses continue. Selective dependent on the properties of a particular system.

Ferroelectric hysteresis – varying dependence of polarization of the ferroelectric material from the cyclic changes of the external electric field.

Elastic hysteresis behavior of elastic materials are able to maintain and lose deformation under the action of high pressure. This phenomenon leads to the anisotropy of the mechanical characteristics and high mechanical properties of forged products.

In the electrical and electronics property of hysteresis are devices which use various magnetic interactions. For example, magnetic media or Schmitt trigger.

This property is required to know in order to use it for suppressing noise during the switching of certain logic signals (bounce, rapid fluctuations).

Elastic hysteresis is of two types: dynamic and static. In the first case, the graph will depict the constantly changing loop, and the second is uniform.

All electronic devices of the type observed thermal hysteresis. After the device has been heated and then cooled, its characteristics do not take the previous value.

This is due to the fact that unequal thermal expansion of the integrated circuit, Kristallografia, printed circuit boards and semiconductor crystals causes mechanical stress, and continuing after cooling.

The most noticeable phenomenon in precision reference voltage used in measuring converters.
Is the advice useful?
Подписывайтесь на наш канал