How to care for a Lily tree

Seeing the photo of beautiful picture of a giant Lily, strewn with flowers, it's hard to resist buying a "tree-like" beauty. But to avoid becoming a victim of fraud, it is better first to ask the information about lilies in General. 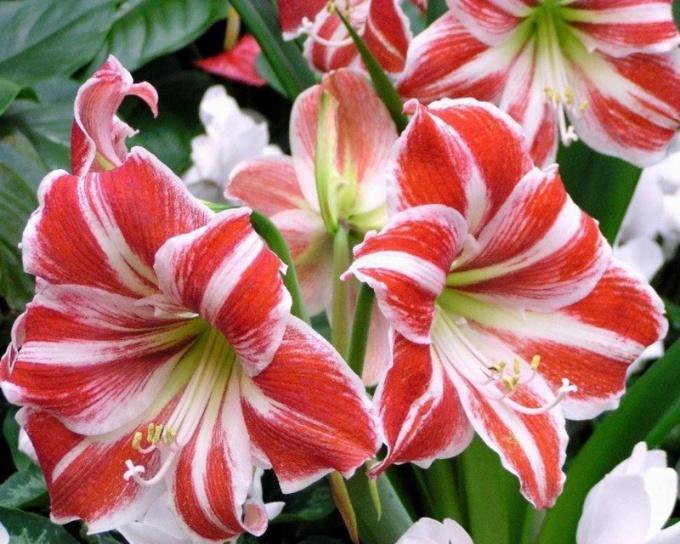 Related articles:
In the spring the market can meet the sellers of the bulbs of lilies, around which is always a crowd not only of onlookers and buyers. And those and others, as a rule, cannot take their eyes off of the photos that accompany planting material. This pyramid-shaped large Bush with flowers of white, pink, purple, orange.

The price is "exorbitant", but if you take two, then the third bulb have to offer as a gift. Well, how to resist such a tempting offer? However, when purchased lilies bloom, the hostess discovers that they are the most common, only a little bigger. Well, if the color is different, and that is that he is no different variety.

Does the nature of the tree Lily

The concept of "tree" is well known to gardeners in Association with the pion, so the "tree Lily" does not bother anyone. But the peony got its name thanks to its powerful rhizome woody, not giant size. Lily, even if very large (like a tree) is still bulbous plant.

Breeders who have knowledge about all existing in the world 6 thousands of varieties of lilies, saying that the tree the Lily is nothing but a myth invented by the scammers. And skills photoshop allow you to work wonders.

Experts explain the emergence of "new" varieties of lilies that many hybrids are "capricious" and can even get sick from too much nutrients. The disease is called fasciate – splicing of several stems in one. In this case the plant looks like a single trunk with a "cap" inflorescences on the top. This phenomenon is not the norm, but the exception to the rule, when once in a few years ' growth in one place Lily suddenly coalesced. Most likely, remembering the sight, scammers represent it in different colors under the guise of "tree" Lily.

There are a variety of giant lilies, which can be represented as a tree – kardiokrinum. Sight during flowering is really amazing, but blooms a sort of 1 time after 7 years, then dies. Therefore, information about caring for large hybrid lilies, if they are attributed to the lilies, the trees must draw from the usual sources about all kinds of Lily and lilies in particular.

Basic rules of care for lilies

All lilies tolerate partial shade, because the hot sun dries the soil quickly. However, the Asian varieties of lilies and this condition is transferred satisfactorily. Cultivation of lilies and fertile soil is much more important than frequent watering.

If the region has the danger of spring frost, plant the bulbs better to a depth of 20 cm. Then they come in later and bypassed the threat of freezing. When landing it would be good to add pine sawdust, it will affect their full development and bloom. Layered in the winter shelter is not required, except that the Eastern representatives of the hybrids do not like excessive moisture. In the fall cover them with fallen leaves, and on top of polyethylene.

In the spring, before germination, it is advisable to fertilize with nitrogen and mineral supplements. Organic Lily is also responsive. Efficient wood ash as a fertilizer and protection from pests. When the first sprouts, they are watered with a solution of Bordeaux fluid. When the buds it is recommended to make fertilizer, and the above-ground part of the processing against diseases and pests.

Many varieties require no special care and is highly resistant to disease, but the hybrids require more careful attention, especially tall. If this Lily is not transplanted 3-4 years and thoroughly take care of it, the plant will please abundant flowering, and some varieties growing up to 1.5 meters. Why not "tree" Lily!
Is the advice useful?
See also
Подписывайтесь на наш канал