What to do when the voice is gone

Little baby got his feet wet during a walk yesterday, only coughed. But today he does the voice is gone. Probably, you also faced with a similar situation. Loss of voice is a fairly widespread illness that can be caused by not only hypothermia, but also other reasons, among them: stress, fear, getting into the larynx, foreign bodies, etc. 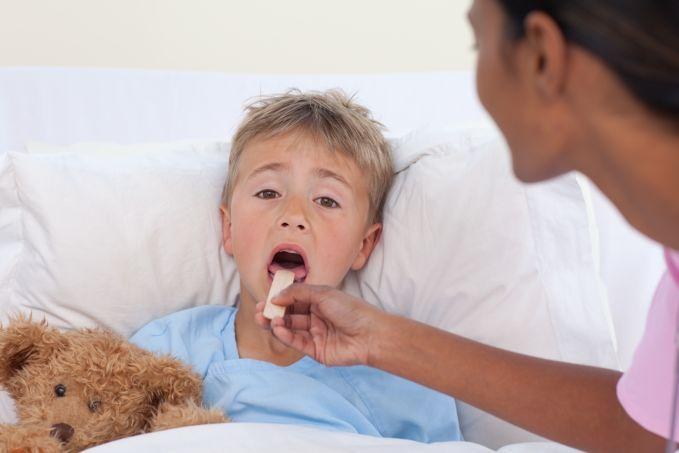 Related articles:
Loss of voice in a child can be a consequence of emotional stress (fear, stress, fear). In this case, you can not yell at him, blame for any mistake even talking to him in a raised voice. All of these actions could only aggravate the already difficult situation. Be sure to give the baby a sedative, not sharpen it, so as not to cause a new wave of concern with the fact of taking the medicine.

Spasm of the larynx is also one of the possible causes of loss of voice. It occurs as a result of hit in the larynx foreign bodies, chemicals or their vapors. This results in the closure of the glottis, which in turn creates lack of breath. Similar kind of spasms, as a rule, are not long-term. The larynx is opened after the accumulation of carbon dioxide in the blood, respectively, recovering and breathing. In case of contact with foreign object can not do without surgery. The child who is experiencing laryngospasm that required urgent hospitalization.

The voice may be lost during colds. To get him back, you will need a glass of hot milk (40 degrees). Melt 1 teaspoon butter and 2 teaspoons of honey. Let the child drink it 2-3 times a day. After each wrap neck warm scarf and do not remove at least half an hour. Another effective method of dealing with a cold - inhalation. Mix chamomile, Linden and eucalyptus (1:1:1). 2 tablespoons collection pour water (0.5 l). Then bring the water to a boil. After that, put a pot of broth on the table and let the child breathe on it (steam). The top should cover his head with a large towel or blanket so that the steam is not too quickly dissipated. It would be better if you put the baby on his lap and hid with him, otherwise he might burn yourself with steam or hot pot. After the procedure, wrap the baby, be sure to put on his hat and warm socks.

If the little voice is gone, it is important that he is less spoken, even whispered, as if whispering the vocal chords are experiencing the same voltage as when you cry. Let him drink plenty of warm (not hot!), as the fluid is necessary to maintain humidity in the throat.
Is the advice useful?
See also
Подписывайтесь на наш канал