How it works the polygraph

To fool people sophisticated liar not too hard. It is sufficient to demonstrate, in conversation sincerity, open gestures, and tone of urgency. But to mislead the polygraph is unlikely to even the trained professional in the field of human relations. That is why such a device called the lie detector. 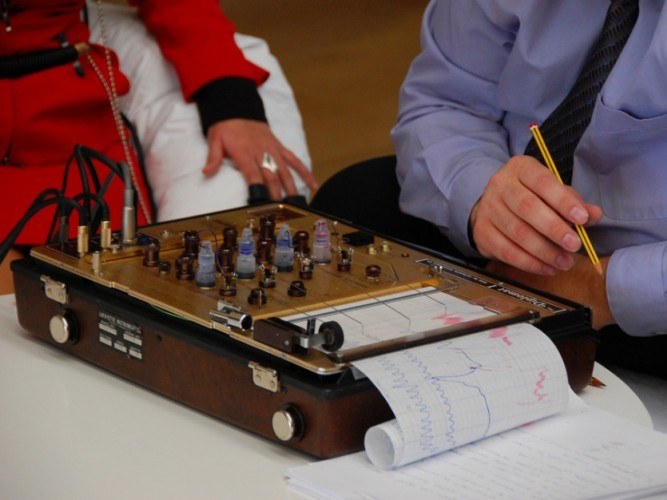 What is a polygraph

The polygraph is a very complex technical system for conducting psychophysiological research using special methods. The procedure lie-detector to eliminate the test of a number of physiological parameters that occur in response to verbal and other relevant incentives.

It is believed that the perception of pre-prepared questions or visual images aktiviziruyutsya the processes of memory and the traces of stress. Acting upon a deliberate plan, the researcher identifies the reaction of the test on four questions. The results are displayed on the computer screen or recorded with a special device for paper tape.

The device of the polygraph

There are several constructions of lie detectors. They may be analog devices, involving a sequential record of the pen or other writing device on the paper. Today more commonly used digital lie detectors are designed on the basis of computer technology. In any case, the polygraph has a touch unit, sensors for readout and device for fixing test results.

The list of reactions that must be registered on a polygraph, may be different. It is determined by the complexity of the device and the used methodology. Typically, the device relieves the respiration parameters, galvanic skin response, blood pressure and some other characteristics of the cardiovascular system. Often used as a gauge of the tremor, allowing a barely noticeable tremor of the limbs. Sensor facial expressions less used.

How does a lie detector

The polygraph registers the signals that are received from the sensing probes on certain parts of the body of the subject. Survey methodology is based on the fact that fluctuations in the level of excitation cause a significant change in performance. In other words, when a person is anxious, hearing the significant question for him, the emotional background and related physiological characteristics immediately change.

It is considered that the insincerity or outright lie when answering the question of the expert leads to higher level of arousal. When the true answer this is not happening. This difference in reactions to stimuli can be associated with guilt or appearance to a person's fear of exposing his lies and following this sentence. The reliability of the survey results on the polygraph is considered very high. Modern methods of research and processing of results allow to identify deliberate attempts to fool the polygraph.
Is the advice useful?
See also
Подписывайтесь на наш канал