How to pass a lie detector

Lie detector is a very "hyped" power and many other structures of the device, allowing to determine the person speaks the truth or lying by monitoring vital signs. But if the polygraph is so "powerful" device, and the common man has absolutely no chance to deceive him? 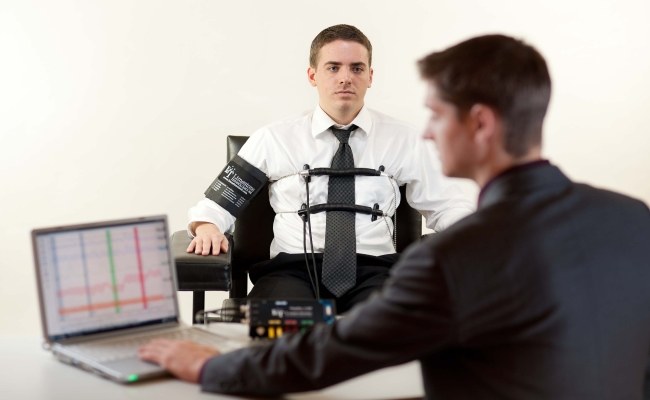 The principle of the lie detector

The lie detector, or polygraph - a device for carrying out psychophysiological research by synchronous recording of vital parameters: heart rate, respiration and electrical skin resistance and bursts of activity in specific brain regions.

The results generalized and indicators was further used to determine the reliability of the obtained during the interview information.

The history of the polygraph as a tool to determine lie is rooted in antiquity - thousands of years ago, joining together in a social, large and small groups, people began to understand the need to identify the perpetrators of a particular offense a crime.

For example, in China the person who was indicted, his mouth filled with rice, and after conviction he spit it back: if the rice was dry, it was believed that the man is guilty, because the fear of exposing the person stops salivation.

Interesting way of defining the reliability of information was practiced in Ancient and Medieval India: there the accused had to answer any the first who came to mind with the word questions about the details of the crime that he informed the Prosecutor, and thus strike the Gong. Usually the response to a critical word was accompanied by a more severe blow to the Gong.

Today, the polygraph device is very common, but often is exposed to criticism by scientists and psychologists who questioned the fact that the polygraph collects "at least 95% accurate information".

Ways to cheat the polygraph

That "is" the absolute infallibility of the polygraph is a great tool in the hands of the chiefs and government structures, which, in fact, allows you to win even before the battle started, making possible interrogation to suppress any desire to deceive or hide information.

In fact, there are many ways of cheating such devices, and the American soldiers and NATO troops, there is even a special program - "Resistance to Interrogation" (Rus. Resistance to interrogation), during which soldiers are taught the ways of deception lie detectors.

There are a number of people that will be much easier to cheat them. These include: social psychopaths (for them there are very different rules - their heart is not eknet when your eknet), pathological liars and good actors.

The first step towards cheating the polygraph will be the realization that he is only a device, the machine. You need to overcome a "reverent" fear of the lie detector and before the operator of a polygraph.

First, the most common method is the use of beta-blockers that hide the change in your vital signs. On the palm (joined sensors of sweating) is usually applied different ointments based on salicylic acid or other substances that prevent sweating.

The second method is totally unrelated to the application of some chemistry, but is associated with the use of other "substances". So, on the eve of a polygraph test can be drunk in the morning blunted emotional state are not adequately analyze the issues and therefore will not cause a reaction. In addition to the alcohol also helps a prolonged lack of sleep also interferes with the operation of the CNS.

If alcohol, beta-blockers or lack of sleep sometimes can be seen with the naked eye, the third method is not defined when passing a polygraph by any means. The method consists in the complete suppression of their emotions through deconcentration and looped attention on a single object (a glass, a picture on the wall, lamp). Neutral voice, response before a given issue and the missing, directed into the void look - here are the basic signs of the use of this method.
Is the advice useful?
See also
Подписывайтесь на наш канал