How to check on a lie

Lie — consciously expressed by the liar assertion contrary to the truth. The main emotional causes of deception – fear, shame, excitement, guilt. Although even professional psychologists are not always able to determine whether a person is lying, there are similarities that can recognize deception. 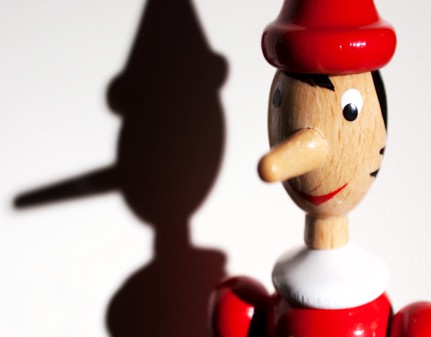 Related articles:
Instruction
1
The most reliable and obvious signs of the lie for a long time it was thought the lack of eye contact and nervous movements, fidgeting on the chair. But the converse, looking in the eyes of the person, adopted among Europeans, and representatives of the Eastern civilizations perceive such behavior as aggression and disrespect. And nervousness can be caused by other reasons: for example, your interlocutor has to explain to you why the recent conflict, though he is late for an important meeting.
2
Ask a distracting question, not directly related to the interlocutor's speech. Usually a long time before the answer means that you switch from lies to the truth. However, keep in mind, and the temperament of the other person – phlegmatic, for example, generally speak slowly, leave long pauses between phrases and long words..
3
Ask a question for which you think people are lying, in such a way that the answer was an unequivocal Yes or no. If the person starts to equivocate, repeat the question until you get an answer.
4
The absence of gestures. A lie requires great mental effort, the result does not remain forces on illustrating words with movements. However, if man by nature is almost no motion, this factor is unlikely to help.
5
Compare human behavior with everyday. A liar will give themselves excessive or insufficient emotional, overt or covert.
6
Threaten punishment for lying. No need to appeal to the conscience and religious fear. The punishment should be absolutely close and inevitable dismissal, reduction in salary or position, breakup, etc. If the rate is too high for the liar, he'll give up.
Is the advice useful?
See also
Присоединяйтесь к нам
New advices