Why you should not re-freeze meat

When re-freezing meat is much worse quality. In the process of defrosting of meat along with the juice flows a significant proportion of nutrients. In conventional freeze disrupted the cellular structure of the meat. When re-freezing of damaged cells becomes longer, which affects the taste of meat dishes. 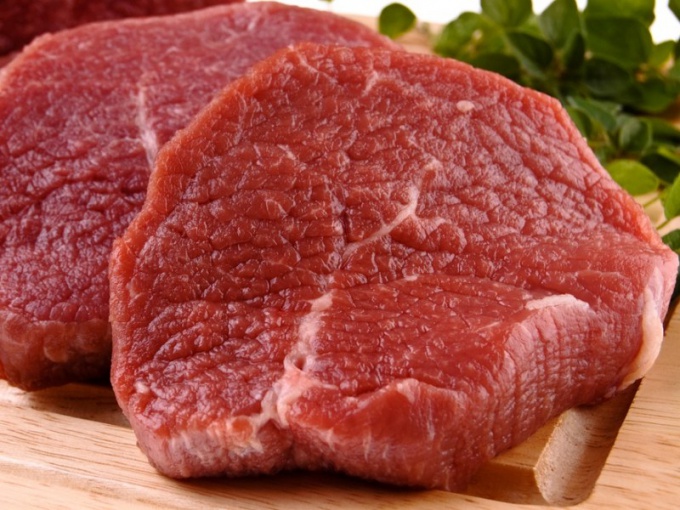 What happens to the meat when re-freezing

Biochemical processes in meat during freezing associated with the structure of the protein. Protein has a complicated spatial structure, and around the protein in the meat is water. When form ice crystals, they break protein molecules, lead to changes in protein structure. When freezing a liquid phase of water is partially retained to the temperature -68оС. And only at-70 o C in the muscle tissue freezes all the water. The formation of ice crystals in the remaining liquid increases the amount of dissolved nutrients. During thawing, they result from the meat with liquid.


The speed of freezing depends on the temperature of the freezer and magnitude cuts of meat. This avoids the formation of large crystals of water in muscle tissues of meat and to preserve its quality characteristics. If the meat is frozen after a quick shift into the chamber with a higher temperature, can start the process of formation of large ice crystals. Especially after complete thawing.


As a result, after freezing and thawing changes the surface colour of the meat, changing the visible structure. It becomes more friable. The subsequent heat treatment increased weight loss (leaked "meat juice").


In unfrozen meat aktiviziruyutsya muscle enzymes as a consequence of cell damage during freezing. In the laboratory the presence of the enzyme cytochrome can be set whether the meat re-frozen.

In practice, to avoid re-freezing of meat

Comparison of meat subjected to freeze–thaw, and cooled gives a definite answer. Meals prepared from chilled meat, delicious. But it is not always possible to buy fresh pork neck or ribs before cooking. Keep a small emergency supply of meat in the fridge is safer.


To avoid the repeated frost, better bought a piece of meat or chicken to cut the first day. Part aside for cooking the planned meals for today, and the rest to carve, to decompose portions in a baggie and then subjected to freezing. The next day you can leave the piece of meat is not frozen. And in the following days to get from evening shift in the lower portions of the refrigerator for slow thawing. So will continue the maximum taste and nutritional properties of meat.
Is the advice useful?
See also
Подписывайтесь на наш канал