Nettle has unique healing properties and is also used for cosmetic procedures. But the collection of this plant can be difficult, as nature has protected the plant stinging spines. 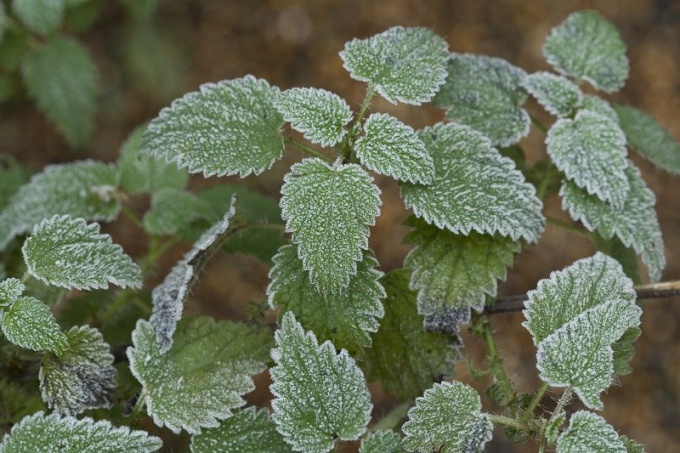 There are about 50 species of nettle. The greatest distribution in Russia received a stinging nettle and stinging. Nettle is a diuretic, laxative, antispasmodic, expectorant, healing, tonic effect. Nettle extract is used to stop prolonged or heavy bleeding in women. Nettle is prescribed to treat hundreds of different diseases, including kidney stones and gall bladder, diseases of liver and biliary tract, hemorrhoids, heart disease, tuberculosis, allergic reactions, bronchitis, skin diseases, etc.

Nettle - a storehouse of vitamins and minerals. Its leaves contain two times more ascorbic acid in comparison with currants. Also nettle is rich in carotene, vitamins B2 and K. Nettle is a source of iron salts, potassium, sulphur, vegetable protein and Pantothenic acid. It improves blood clotting, increases hemoglobin and reduces concentration of sugar.

In cosmetics, nettle is used in hair care and scalp. It stops hair loss, improves their appearance, and successfully fights dandruff. Nettle is even used in food that she cooked soup and salads.

The leaves and stems of nettle are covered with thin spines, which are called stinging cells. At the end of each of them is a sack of liquid, which includes formic acid, histamine and vitamin B4 - choline. If you touch the plant, damaging the spikes, the contents of the bag penetrate into the skin. This place is starting to itch, turns red and looks like a burn. The reaction that develops from damage to the skin, causes pain and is extremely unpleasant. Wash liquid, as it entered his skin. Basically, the contents of the bag do not harm the organism of humans and animals, although it is known that the burn is a tropical species of nettle - Ongaonga - sometimes develops a severe allergic reaction that can be fatal.

The stinging properties of nettle is similar to the mechanism of action of the stinging cells of jellyfish, anemones and other aquatic life. Amazing sting rolled into a ball and expand when you touch them. Therefore, the collection of nettle need careful but firm movements to break the stem so that the thorns remained pressed against him. Then a ball on the end of the stud will remain intact and the liquid will not penetrate under the skin. If the defeat had happened, it is necessary to neutralize the acid alkaline. This can be done with juice of sorrel or of baking soda. A paste of baking soda mixed with a small amount of water, applied to the affected skin and hold until the disappearance of the burning sensation.
Is the advice useful?
See also
Присоединяйтесь к нам
New advices