What is interfaith relations

Confession, Latin confessio, means religion. Usually the term "denomination" is used to any area within a separate religion. The interaction between religions and faiths is an interfaith relationship. 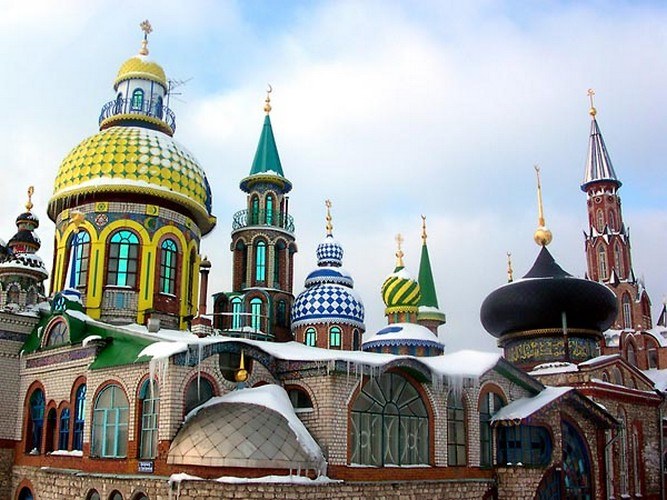 The value of interfaith relations in society

Interfaith relations are the relations between religions (directions), and between communities of adherents of major world religions. In the society of faith has an ideology, clergy, groups of believers and sympathizers of the people.

The religious affiliation of people in times past was an important factor in public life, so it remains in the modern world. From interfaith relations depends on the stability of communities, which are characterized by the diversity of faiths and ethnic groups. Harmony between religions is a necessary condition for the preservation of peace and their very comfortable existence. During this confrontation often dominate the country begins one of the denominations, and special support to its state is undesirable for the others.

Any conflict between the two ethnic groups affect relations between the faiths, and Vice versa. This can sometimes lead to conflicts.

The peaceful coexistence of different faiths and harmony of social groups who consider themselves believers is two important factors for the successful cooperation. Actually religions and faiths are usually quite Autonomous and self-sufficient, so direct interaction is not required. Matters formally announced in the state and society consent.

Often in multi-ethnic countries, to identify their ethnic and religious affiliation of the population. This is because, as a rule, people "inherit" the religion and traditions of their parents. In Asian countries, dominated by Islam, and the majority of Russian-speaking believers, according to statistics, consider themselves Orthodox Christians. The reason is that, historically, religions have spread in certain areas, and geopolitics played a role. Often, a particular religion, denomination, preference at the state level, even if it is secular.

To maintain peace and stable interfaith relations a state is the recognition of the autonomy of each of the denominations, as well as creating a common legal space.

The human factor in interfaith relations

One of the main problems and reasons of competitive inter-confessional relations is the belief that adherents of each religious movement, what is their ideology and faith is the best. This creates the basis for the involvement of religion in ethnic and interstate conflicts. If a religion can be represented from a position of strength.

The state of interfaith relations not only depends on the ideology of different faiths, but much more - from the intentions and attitude of politicians and senior clergy, as well as the level of development of believers of certain religions/denominations, their ability without the aggression and arrogance to accept the right of everyone to their choice and ability to coexist peacefully.
Is the advice useful?
Присоединяйтесь к нам
New advices