How to clean the pond of duckweed

Duckweed is the fastest growing aquatic plant which causes problems for owners of ponds. It can grow in just a few days, and remove it from the pond's surface is extremely difficult because the duckweed after cleaning again it starts to settle. How can you purify water from duckweed quickly and efficiently? 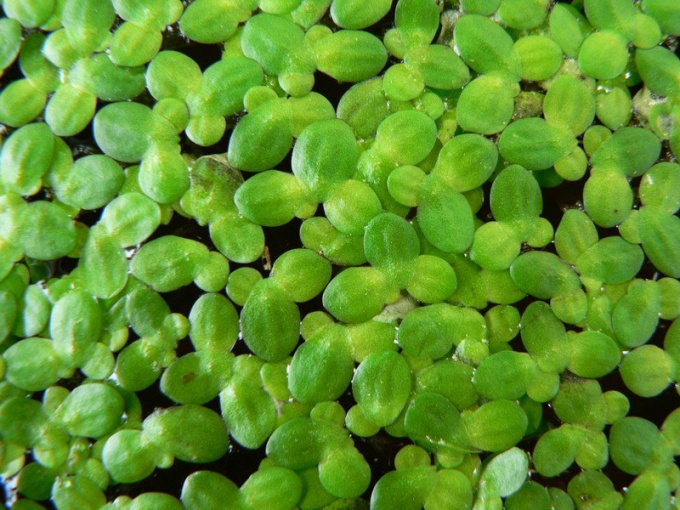 First and foremost, you need to determine the type of plants, because not all green growth in the pond are duckweed, and herbicides kill not all weedy plants. If you find it difficult to classify a plant, take a sample and consult a seller of aquatic plants. Then it is necessary to properly calculate the dosage of the herbicides used – typically, for a 4000 square meters of treated surface requires 1 liter of a well diluted solution.

Too concentrated a solution will not rid you of the duckweed faster, but the other inhabitants of the pond can significantly harm.

Dilute herbicidal preparation in water, Bay her a container of appropriate size and adding a herbicide in the ratio of 50:1. Complete the resulting solution sprayer and treat drug pond, spraying the contents of the sprayer directly into the pockets of duckweed. If they are scattered, gather it to the side, moving the duckweed with a hose from the sprayer or any other handy object. This procedure should be repeated every two weeks as the growth of new centers of duckweed.

Recommendations on how to remove duckweed

Herbicides are best applied in late spring, as the duckweed the most vulnerable at this time of year. The use of drugs in the summer significantly lowers the level of oxygen in the pond that can kill fish, so if without treatment, in July-August not to do, you need to take them out of the pond and at the same time to destroy all the duckweed. After treatment can run fish in the pond twenty-four hours later, the medium reservoir was able to recover after herbicide application.

To rake up the dead moss from the surface of the pond, you can use long poles, which the plant moves towards the shore.

After pridvigaya duckweed in the area of accessibility, it should be removed from the pond with a simple rake, collect, and send them to the compost. Some pond owners use a remote duckweed as mulch, laying it under the bushes garden plants, since a layer of duckweed perfectly preserves precious moisture in the soil. In addition, duckweed can be made easy humus, which is maximally saturated with minerals and nutrients. Creative gardeners with design imagination often spread in the garden of the duckweed green decorative patterns and adorn them with flowers.
Is the advice useful?
See also
Подписывайтесь на наш канал