What group of muscles develops the bike

Cycling is not only fun but also a useful pastime. Not only that, this sport develops stamina and beneficial effects on the cardiovascular system, even while it involves a variety of muscle groups. 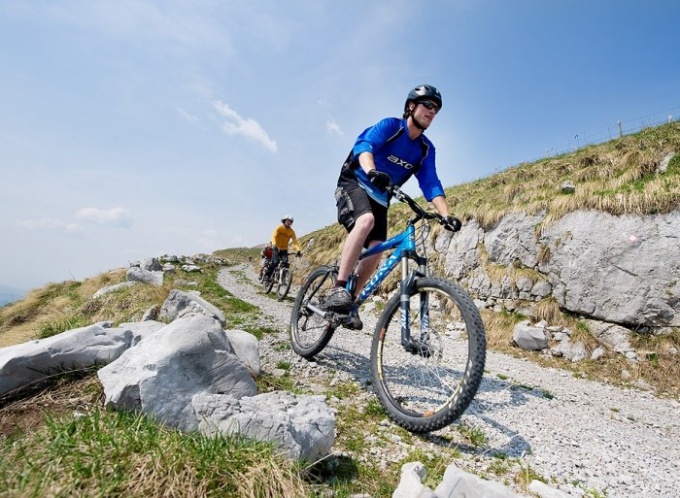 What muscles are developing during Cycling

The influence on the shape the bike is not in vain is equivalent to run. While riding it develop and strengthen different muscle groups of the lower torso. So, when pedaling a big load on the calf muscles and hamstrings.

In addition, during Cycling, well strengthen the gluteal muscles, they work simultaneously with the quads. That's why this sport is especially suited to the fair sex.

Much less strain is placed on the abdominal muscles, but without them in this business still can not do. They are involved mainly during the tilting forward or hold it in a straight position. In fact, and in another case they work in tandem with the back muscles.

Least of all while riding on this transport involves the muscles of the arms. Although riding a mountain bike on rough terrain, they are developing not worse than the muscles of the lower body. However, professional cyclists legs always are more developed compared to the torso.

The bike also put a strain on the iliac muscles, which help to straighten the hips and bend your knees. They are located on either side of the groin. While riding is very important not to damage them, as they are quite vulnerable. That is why it is necessary to reduce load or even to stop the drive, if in this area began in serious pain.

How to sit on the bike while riding

To Cycling benefit, you must do it correctly. Ride this transportation need with relaxed and slightly bent at the elbows with your hands. Brushes should be free to grasp the steering wheel on top, and the wrist does not SAG. Periodically, it is useful to slightly change the position of the hands so they did not flow.

The back should be slightly tilted forward, as in a vertical or horizontal position, she quickly begins to numb and hurt. If you hold the back does not work, then the bike frame may be too long or short. The neck should be a continuation of the back, not tilted forward or tilted. Legs should fully reach the pedals when they are at the bottom.
Is the advice useful?
See also
Подписывайтесь на наш канал