How to identify STD symptoms 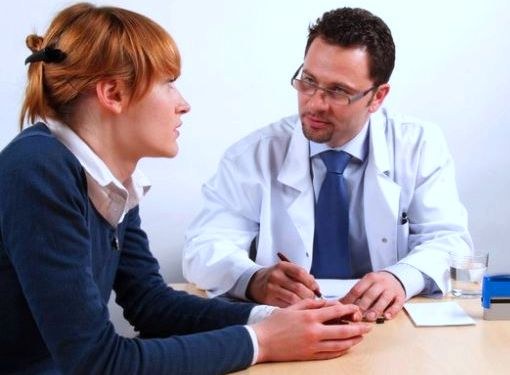 There are seven common signs of venereal disease:
- burning and itching in the intimate area,
- discharge from the genitals, smell,
- painful and frequent urination,
- redness in the genital area and anus, sometimes accompanied by the appearance of ulcers, vesicles, pimples,
- swollen lymph nodes mainly in the groin area,
- discomfort during intercourse
- pain in the vagina, lower abdomen (women).
Finding them, you need to go to the doctor. Treatment of STDs will be successful only if its start time and to finish. Sometimes the symptoms are negligible or non-existent, the majority of people do not seek medical help. However, the infectious agents do not disappear from the body, the person becomes their carrier.

The symptoms of some STDs

Chlamydia manifested by the following symptoms. After 1-4 weeks after infection patients appear purulent discharge, urination becomes painful, starts to hurt in the lower back, lower abdomen. Do women have bleeding in the intermenstrual period, and the men have pain in the perineum, of the scrotum. Chlamydia in women may lead to inflammation of the cervix, fallopian tubes, pathology of pregnancy and childbirth, diseases of the spleen, liver. In men, this disease leads to inflammation of the bladder, epididymis, prostate, violation of potency. Newborns can develop conjunctivitis, pneumonia, lesion of the nasopharynx.

The symptoms of trichomoniasis appear on 4-21 day after infection or later. Women appear frothy copious yellowish-green or white in color, having pungent smell. They cause irritation, severe itching of the genital organs, and burning, pain when urinating, soreness, discomfort during intercourse. Men are observed Muco-purulent discharge from the urethra, when urinating there is a burning sensation. Trichomoniasis in women affects the urinary tract, the cervix and the inner layer of the uterus, ovaries, fallopian tubes. Men suffering prostate, urinary tract, testicles, and their appendages.

Gonorrhea manifests itself in three to seven days after infection. Its symptoms in women are yellowish-greenish vaginal discharge, lower abdominal pain, spotting, urination becomes frequent and painful. To symptoms of gonorrhea in men include burning and pain during urination, purulent yellowish-greenish discharge from the urethra.

The incubation period of syphilis lasts 3 to 6 weeks. The first sign of the disease is sore, having a circular shape (chancre). In women it appears on the vaginal mucosa or labia, men – on the scrotum or penis. After one to two weeks after the rash enlarged lymph nodes. Within two to four months of developing the second stage of the disease all over the body rash, fever, there is headache, almost all swollen lymph nodes.
Is the advice useful?
See also
Присоединяйтесь к нам
New advices