How to choose and buy Tarot cards

At the moment there are more than 1500 variations of decks, and every year their number is growing. However, choose the deck that will be "working" and is perfect for you is sometimes difficult. Some decks are ideal for learning the art of divination, on the other hand, newcomers to cope will not be easy. 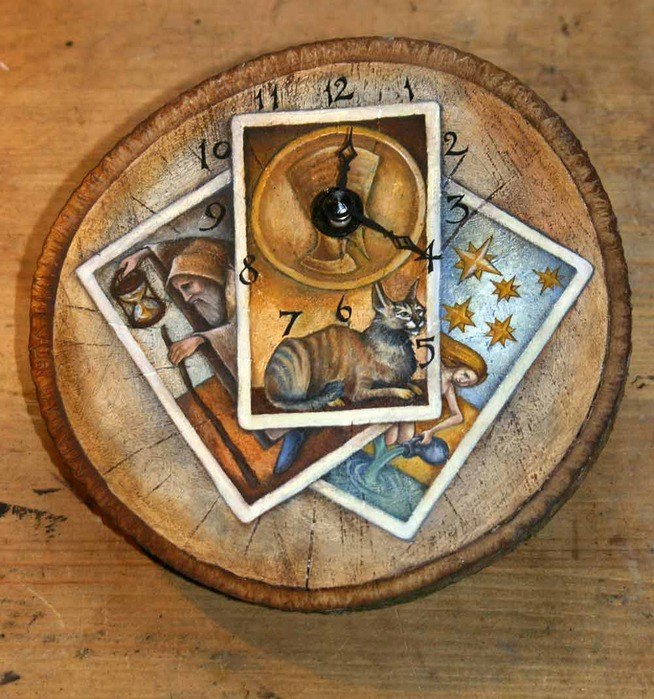 The classification of decks

All Tarot deck can be divided into the following groups:
traditional;
- universal;
- author;
- specialized.

Traditional (classic) decks are Egyptian Tarot, Marseilles Tarot, Tarot Madame Lenormand and others. Most of these cards were created in the XV-XVII centuries and were in use in the monasteries and among the nobility. At the time to lay the cards "on fate" he knew how almost every wealthy person. The artists were honored to create a unique deck for a particular family. Most of the drawings on traditional decks virtually unchanged over time.

Considered universal Tarot deck of Aleister Crowley Tarot Osho Tarot of the Golden dawn, Tarot, Ryder-white (Rider-Waite). They were created under similar circumstances but at different times and in different countries. The third in the world in popularity considered Tarot of the Golden dawn. It was invented by Samuel MacGregor Mathers, and drew his wife of des Moines. They were both members of the British Order of the Golden dawn. On the second place on prevalence is a deck of Crowley. English mystic and magician Aleister Crowley in collaboration with artist Frieda Harris for 5 years created a Tarot deck, but saw it only after it was announced the will of the authors. Tarot Crowley often used not only for everyday divination, but also for magical rituals. The world's most popular is the Tarot deck Arthur Edward white. The prevalence of the deck due to its intuitive comprehensibility, ease of interpretation, as well as "safety" from these cards, you can expect honest answers to any questions. It is on the deck Ryder-white is best to learn the basics to beginners-tarologa.

More Tarot deck reveal the personality of their creators, their world, and therefore the interpretation of alignment is often difficult. However, the original deck will look at a particular situation from a completely different perspective.

Specialized Tarot deck good "work" only with a certain circle of questions (unlike universal). Experienced tarragon knows in what cases can I refer to this deck, and what you should look for another method of divination or meditation. A deck of Tarot of the gnomes is fine talk about the solution to domestic conflict, and answer questions regarding material goods. Tarot Manara Tarot the lovers is a card that answers the questions of relations between the sexes.

The nuances of "their" decks

If you are only going to discover the world of Tarot, then you should opt for one of the generic decks, for example, in Tarot Rider-white. The illustration here is on each card that will help you remember, and the pictures will help to interpret the situation. You should pay attention that the deck Ryder-white major Arcana the Strength and Justice have sequence numbers 8 and 11, and not Vice versa as in most other decks.

Tarot you can buy it yourself if you choose a deck, and will pay close to you. Is a good sign to Tarot cards as a gift, however, not always these cards you will be guessing to other people. Also, to whom they were donated, this deck will answer any question and will become an assistant to a spiritual quest.

Tarot cards it is better not to buy through the Internet. "A" deck to feel. At the store ask the seller to show you liked the deck better. If possible, take the card out of the box, look at each sheet. If you feel the cards separate from the cold, this is normal, but such feelings from the bottom of the deck suggests that it doesn't fit you. Your deck should be pleasant to touch, comfortable to lie in his hands, to cause positive emotions. Do not try to find a rational explanation why this particular deck has to be yours. The choice of Tarot deck always intuitive.
Is the advice useful?
Присоединяйтесь к нам
New advices