Where to buy Tarot cards

The layout of Tarot cards is one of the most accurate and reliable ways to learn about past and future events, reveal character unfamiliar person, and also to find a line of conduct in a given situation. Getting the best results ensures the deck is chosen for a specific person. 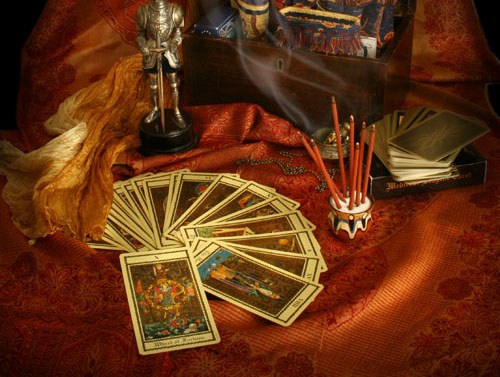 Should you buy Tarot in a regular store?

Buy Taro can be at the point of offering esoteric accessories. This is the best option, allowing you to choose a good deck of the suggested range, but is effective only for residents of large cities. In small towns rarely shops display in the Windows runes and amulets. The classic and most popular maps: Waite, Crowley, Egyptian – found in stationery departments. They are suitable for beginners and the most undemanding fortune-tellers. The advantage of this deck is confidence in its novelty and the absence of the former owners, and just those people who could print out the packing and touch the cards, thereby violating their integrity and responsiveness only to its owner.

Some prefer to work with the old decks, have been in the hands of an experienced witch, so look for them through friends or message boards on the Internet. Thus it is possible to acquire an unusual variant of the deck has already been proven in numerous classifications. However, you should know that the previous owner left on the cards a piece of his aura, and now they are even moving from hand to hand, feel their belonging only to her. The new owner, they are unlikely to tell the whole truth.

Exception – old deck, come from a close relative: grandmother, aunt, have similar energy. She tolerated would react to inept hands, granddaughter or niece.

One option is the ordering of the Tarot through the Internet. The range can be quite extensive both in appearance senior and minor Arcana and their interpretation. It is acceptable to have multiple decks for different occasions: for personal divination and layouts for the paid customers to get answers to questions about the future and for interpreting human behavior.

In addition to the classic there are decks for dark witch (Gothic, Dark angels, Black Grimoire) and the light (the Aquarian age, 78 Wizards). The usual image replace plants and animals (Flowers Tarot, Pagan cats).

Even maps of Waite can be found in several versions, differing from each other in the arrangement of figures and colors. Beginners in addition to acquire it on the same website of a guide to divination as well as charms, protecting from the negative effects.
Is the advice useful?
See also
Присоединяйтесь к нам
New advices