How to shape the patties

You kneaded yeast dough and cooked filling? So, it's time to form patties. It's not as easy as it may seem – the simple art of sculpting cakes has a lot of tricks. To ignore them is not worth it - shame if when baking your scones will lose their shape and delicious stuffing will flow out, but still will burn. 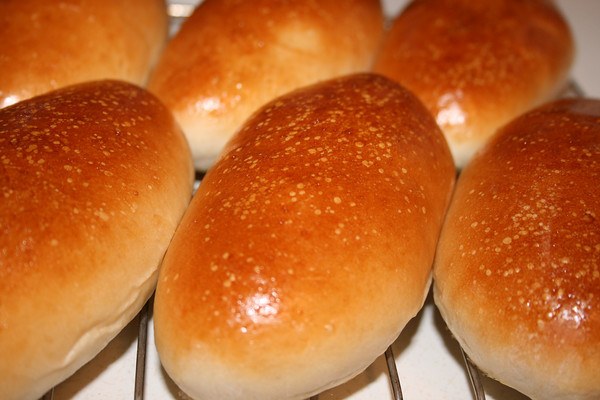 Related articles:
Instruction
1
Shape of cake depends on the test and filling. The General rule – products with meat, fish or vegetables make closed so the stuffing will retain its juiciness. And cakes with moist content, for example, with jam or cheese, can be (but not necessarily) to do open.
2
To cook the patties of dough, divide it into small pieces and shape into neat balls, easily rotating between the palms. Don't forget to pour the flour, otherwise the dough will stick to hands. Roll out balls with a rolling pin into a round pellet. Don't make them too thin – after filling, these pies can break. Rate and the size of the cakes – the cakes are too big will be uncomfortable there, and they don't look too carefully.
3
In the center of each tortilla put a tablespoon of filling. It can be an cheese and a small amount of sugar, mashed potatoes with fried onions, canned fish with rice or pre-fried minced meat.
4
Further actions depend on whether you plan to fry the patties in oil or bake in the oven. For frying fold the burrito in the form of a Crescent and carefully Zadejte region. The cakes that you plan on baking, form otherwise. Lift the edges of dough and gently shape them so that the seam going down the middle. Get the cake-a boat. Carefully "curl" seam in the form of a rope – this will allow the products to keep the shape during baking. Place them on a baking sheet and brush top with beaten egg to create a Golden brown crust.
5
Dough can be formed and more original cakes. For example, meat pies, traditionally baked round. In the center of a small rolled cake dough put a spoonful of raw minced meat mixed with onions. Lift the edges of the dough and semipelite them, forming a circle with a small hole in the middle. The tat is ready for frying in hot oil.
6
In a similar way, and made cheesecake. However, classic cheesecake sides from the test is much lower, and most of the toppings open. Stuff the dough with cheese with a small amount of sugar (can add raisins). Semipelite the dough at the edges, creating borders. Ready cheesecake place on a baking sheet and brush with the beaten egg.
7
Another option is semi-open pies – the famous Russian pies. They are small and have the shape of boats. The main difference from the usual pie pie – hole in the middle, through which is seen the filling. Pies stuffed with cabbage, mushrooms, potatoes, fish, rice, vaigai and other products. Forming a cake, not semipelite its Central part, leaving a narrow slit. When baking in the oven under the influence of high temperature the edges of the cake will be revealed.
8
When baking mince pies please note that the sugar from them can leak and burn. Shaping cakes with cherries, apples or jam, sprinkle dough with a small amount of starch. It will hold a sweet liquid, retaining the juiciness and taste of the filling.
Is the advice useful?
See also
Присоединяйтесь к нам
New advices