How to turn off the pies

Pies represent a fried or baked pastry with filling. Flavorful baked goods with a Golden crust is appetizing, and attractive forms, pleasing to the eye. 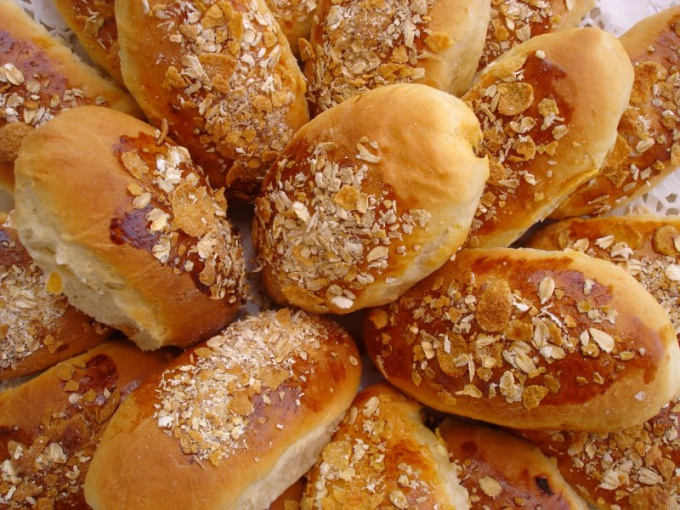 Related articles:
Instruction
1
Cut the dough into small pieces. Shape hands round pellet. In the center put the stuffing. Edges carefully zasypnica, dipping my fingers in flour. Slightly prelucrate the finished pie with a rolling pin. Bake the products by placing them on the baking sheet seam side down. This way of forming cakes called "boat".
2
Divide the dough into pieces. Each roll out into a thin layer oval. Cover all tortillas with filling, leaving 1 cm from the edges. Let it soak a little the dough for 10 minutes. Then turn the plates in rolls. This option is suitable for liquid filling, grated cheese, poppy seed.
3
Roll out the dough with a rolling pin into a rectangular formation. Spread on top of stuffing. Roll up the dough jelly roll and cut into equal pieces. On each slice, push it in the middle of the handle of a wooden spoon.
4
Cut the dough round cakes. In the center put the stuffing. Will suscepit edge in a circle, leaving the middle open. This form are meat pies, cheesecakes.
5
Put in the center of the pellet filling. Semipelite the edge of the rope with one hand, not reaching the middle. And then on the other hand, leaving in the centre a small hole. So wrapped pies.
6
Roll dough in small balls. Make in bun deepening a wooden pestle. Inside, place cheese or other stuffing.
7
Cut, rolled, thickness 0.5 cm the dough into triangles. On the wide side of the sector put the filling and roll up to the sharp side so that it does not spread over the edge.
8
Slice the dough into squares or rectangles. On one half spread the filling, and the second cover and press firmly. This is a good option of forming patties of puff pastry.
9
Cut the rolled out dough into long triangles. At the base make a small incision. Put the stuffing. Roll the dough tube from the base, giving a Crescent shape. The tip tuck. Thus from the test fold croissants.
Is the advice useful?
See also
Подписывайтесь на наш канал