How many calories in 1 piece of bread

No wonder bread was considered to be one of the main foods for many years. It includes a lot of healthy minerals and vitamins. In addition, it satisfies your hunger. Today, however, nutritionists are increasingly recommended to abandon it to preserve the shape. This is not entirely true, because a piece of bread in a day can allow myself even one who is struggling with excess weight. 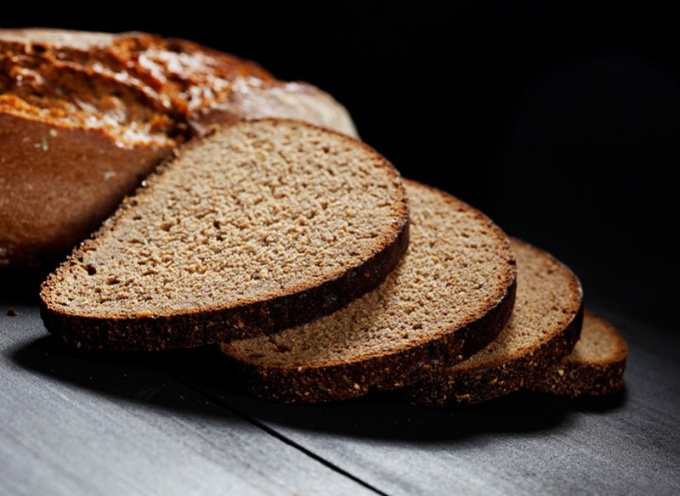 Related articles:
Instruction
1
A standard piece any loaf weighs approximately 20-30 grams. Is half cut off from the rolls of a piece with a thickness of 1 cm. But the calories from breads completely different. The most useful figure is considered to be rye bread, which contains not only healthy carbohydrates, but also proteins, vitamins and many minerals: magnesium, calcium, potassium, sodium, phosphorus, iron. 1 piece of this bread varies from 50 to 70 kcal. So what is the quantity of this product, it is possible to afford for Breakfast or lunch with the first course.
2
No less useful for health and shape is considered as whole grain bread, which is made with the addition of whole cereal grains. Its calorie content is generally determined by the composition. So, a piece of product with seeds or a small amount of nuts will contain around 90 calories, and the bread only with grains of 10-20 kcal less. Meanwhile, such a small amount of product will perfectly satisfy your hunger because the complex carbohydrates contained in it, quite a long time absorbed by the body. And it is very useful for the figure. In addition, this bread helps to normalize digestion due to the large number of its component fiber.
3
The largest energy value of white bread – 1 piece usually contains at least 100 kcal. And in various butter products twice, because they are made with sugar, milk and nutritional supplements. Here from this product it is better to refuse those who want to return the figure to its former elegance. Not only that, this bread adds a daily menu more calories, so also no good brings. There is quite a few vitamins and minerals, but a lot of fast-digesting carbs.
4
In addition to the selection of healthy bread is also very important to observe the rules of use of this product. For figure and health in General, all carbohydrate-rich foods best to eat in the morning, for example, over Breakfast or early lunch. Then the carbs will be better absorbed and processed by the body into energy. But in the afternoon already forget about the bread, giving preference to vegetables and protein-rich foods.
5
As for the figure it would be much better if you combine the bread with butter, pasta and cereals, and vegetables and light first courses. It is also useful to eat the cracker from rye or cereal bread with tea as a snack between Breakfast or lunch. This meal for a long time will eliminate the feeling of acute hunger and at the same time will not damage the figure.
Is the advice useful?
See also
Присоединяйтесь к нам
New advices