How to deal with "potato disease"

The "potato disease" is the most common disease of bread. It is characterized by the emergence of a sweetish odor, crumb of bread becomes sticky. In order to successfully fight this disease, follow these recommendations. 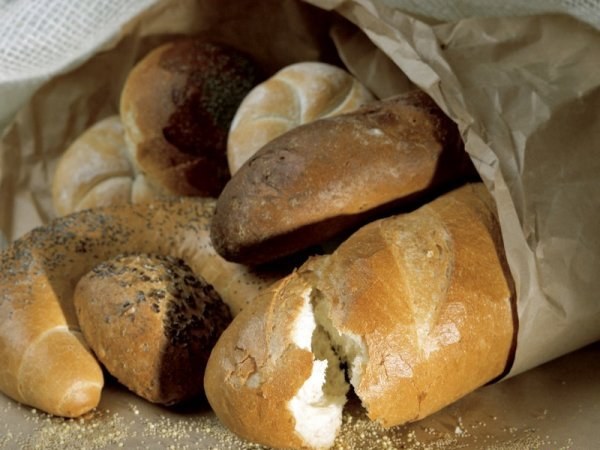 The causes of the "potato disease" of bread

The "potato disease" of bread is a result of microorganisms. Its pathogens include spore-forming bacteria called "potato sticks". Basically, the "potato disease" observed in wheat bread with low acidity. In this case, the bread increases dramatically the content of aldehydes and other compounds with sharp putrid smell. The crumb becomes wet and sticky when it is formed cleavage of the thread. If the bread is kept warm and humid conditions, the pulp becomes yellow-brown or brown in color.

Bacteria potato sticks are on the surface of the grain. In the process of grinding they go into the flour, then in batter. During baking the temperature of the bread reaches 95-98оС, which kills mold, yeast and vegetative forms of bacteria, but heat-resistant spores of potato sticks remain. During the cooling of the products is their intensive reproduction.

For the development of potato sticks the optimum temperature is 35-40oC, so often the bread is "sick" in the summer months and if its stored in a cool enough space.

Measures to combat the "potato disease" of bread

Response to "potato disease" is to prevent bacterial contamination. This is achieved by restricting access of potato sticks to the product. In this case, it is very important that the microbiological purity of the grain. The raw material must be treated, its storage must comply with all required conditions. An important measure to combat the "potato disease" is the hygiene throughout the process of making bread, as well as storage.

To reduce the risk of infection is very important cleaning, disinfection of technological equipment, production areas.

Since the multiplication of potato sticks is most intense at 30-40oC, you should as soon as possible to lower the temperature in the room for cooling the bread. In this case, will the installation of air-conditioning system. You should pay special attention to the partially baked bakery products, packaging hot bread can also lead to the emergence of "potato disease". If contamination of bread occurs, the desired control of the activity of bacteria.

To combat the "potato disease" is used preservatives: acetic, propionic, sorbic, lactic acid. Usually use salts of these acids, they do not change the process flow, but effectively impact on potato stick. To increase the acidity of bread can also be done by making the dough with the yeast, liquid yeast or jar. A good way of dealing with the "potato disease" is pasteurization of the finished products. In this case, after cooling and packaging finished bread again subjected to heat treatment, while bacterial spores are killed.
Is the advice useful?
Подписывайтесь на наш канал