How to teach a child to put the emphasis

Once children start first grade, before them appears a lot of new interesting and challenging tasks. With some child cope quickly and others turn into a real problem. For example, for many children it is very difficult to correctly identify the accent of the word. 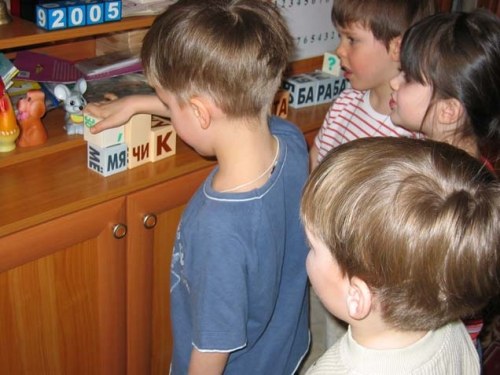 Related articles:
You will need
Instruction
1
To explain to the child what a stressed syllable, say the words slowly, "call" word. For example, mA-a-a-am TA-a-a-Anya, Mi-and-and-Isha. In this case highlight the stressed syllable, you can even nod your head or sit down. Then show what happens if you shift the accent: mom-Ah-Ah-Ah, Tanya-Ah-Ah-Ah-Ah, Misha-Ah, the child felt the difference. Practice on friends baby words, for example, his name, nickname, pet, etc.
2
First, take the simple words of two syllables with the child and identify on which syllable the stress falls on the first or second. For kids just say the words, for older children, write the words on paper or the Board. Uttering words prostukivanie the syllables, highlighting the more loudly stressed syllable.
3
Explain to your child that to determine the stressed syllable should not be divided the word into syllables. Ask him to say the word, stretching the stressed syllable, but not splitting for parts. The older child, explain that the accent can only fall on a vowel sound.
4
If possible, use clay, which differ from the usual ones that contain letters and syllables. Put the word out several syllables, ask the child to identify the shock and put it on a cube with painted accents. Of course, help your child at first until he gets enough experience.
5
Ask your child humorous mysteries, such as who the hippopotamus or what is the hammer that the child learned to "play" accented. Thanks so much fun training the child gets the freedom to control your sound, which is very helpful when reading words and the correct definition of stress.
Is the advice useful?
See also
Присоединяйтесь к нам
New advices