Why do I need to be baptized

Sign of the cross is one of the most visible evidence of man's faith in God. It is believed that people cross themselves and say the name of God in order to attract the grace of God the Holy spirit. 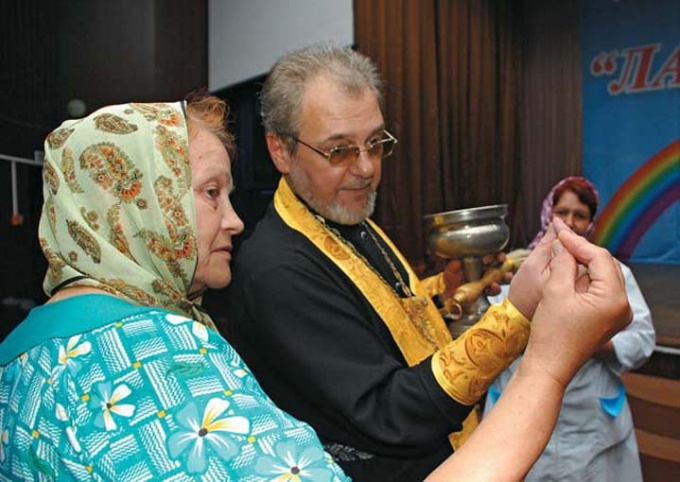 Why do people cross themselves?

The sign of the cross is a small rite. He who depicts it for yourself or overshadows them with other people (e.g. your own child), attracts the grace of God the Holy spirit. It is believed that the power of grace given to it since the sign is not accidental.

The sign of the cross is not only a part of a religious rite. It is a great weapon of faith. The life of the saints lists various examples of evidence of real spiritual power, concentrated in the image of the cross.

The fact that Jesus Christ is his earthly death on the cross defeated Satan and his pride. Christ freed people from the bondage of sin. It is Jesus sanctified the cross as victorious weapon by giving it to mortal men as a weapon to fight the enemies. The crucifixion of Jesus Christ on the cross is the greatest act of divine self-sacrifice for the salvation of mankind.

The power of the cross for man

To be baptized anyone, but not everyone gets it right. An Orthodox Christian should know what the sign of the cross is God's grace only when it's done correctly and, most importantly, reverent.

The clergy say, if a man does this at random, for example, randomly waving his hands, it is considered that this "demons rejoice". In order that the demons were not happy, you need to make the sign of the sign of the cross as expected, the folding fingers of the right hand thus: the index, big and average should be close together and straight, and the nameless and little finger to bend to the palm of your hand.

Any Orthodox Christian who believes in God, shall be baptized at the beginning of prayer, during prayer and at the end. In addition, to make the sign of the cross the banner need when approaching something Holy icons, the temple, etc.

The fact that the fingers of an Orthodox Christian, right forming the sign of the cross, symbolizing his expression of faith in God the Father, God the Son and God the Holy spirit as consubstantial and inseparable Holy Trinity. Two fingers are weighed down to the palm of your hand, is an expression of the dual nature of the son of God, the human and the Divine.

Need to be baptized not by coercion but by will!

The clergy believe that the Lord did not need never made. Therefore, to make the sign of the sign of the cross or not – free choice. That's the only choice, this should not overshadow the inept gestures and strokes that mimics the great rite! Properly baptized, is to truly prove their faith in Christ. Only in this case, the Christian can count on God's grace.
Is the advice useful?
See also
Подписывайтесь на наш канал