Baptism – the sacraments, aimed at the rebirth of the human soul for a new life without anger and sin. This is important for every believer the ritual originates with the Baptism of Jesus Christ in the Jordan river, who came to give people a cleansing, and light. 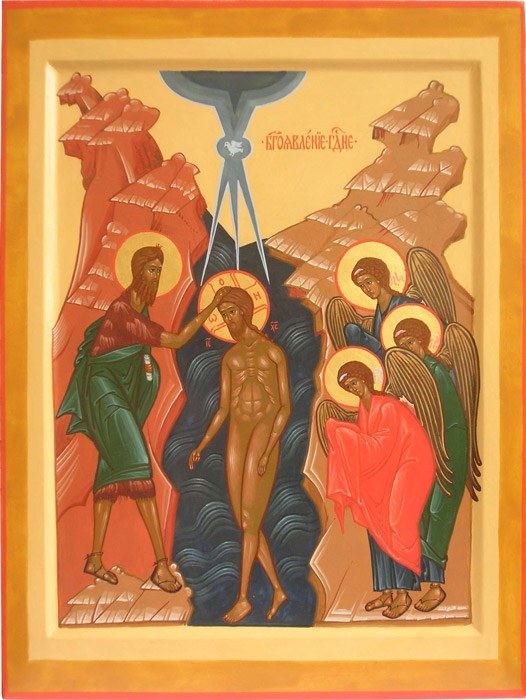 Related articles:
Instruction
1
The baptism of the Lord, celebrated according to the Orthodox calendar, 19 January, completes the Christmas a week after Christmas. Other names of the feast of the Epiphany or Enlightenment, because this day was evidence of the existence of God the Father, Jesus Christ the Son and the Holy spirit. People found out about it, saw the son of God, accept him and be baptized to be cleansed from the dark forces and make your soul light.
2
The story of the Baptism of Jesus Christ. John the Baptist spent cleansing ritual ablution of the people in the waters of the Jordan, because water is considered a symbol of purity and Holiness, the giver of life. Came to John the Baptist and Jesus, to bathe, hitting such an act, John, who believed that he should receive the baptism of the son of God, and not himself to baptize him. When Jesus entered the waters of the Jordan river, over his head the heavens opened, shedding a wonderful light, and heard the voice of God the Father, indicating that it is the beloved Son of his, and on the shoulder of Jesus from the clouds dropped a white dove, the Holy Spirit. Since then, people receive the Holy Baptism with the words "In the name of the Father and of the Son and of the Holy spirit" and baptized themselves three times with the sign of the three fingers of the right hand.
3
The eve of the Holy feast of the Epiphany is called the eve or the eve of the Epiphany. On this day, the faithful observe a strict fast and spend it in prayer and repentance, and in the evening depart for service in the temple. Despite the fact that it's the last day of Christmas, wonder Epiphany eve is impossible in this day to prepare for the cleansing and remission of sins.
4
One of the traditions of the holiday is the blessing of the Holy water held in the churches as in the holiday itself and the day before. The Testimony of Athanasius the Great says that he who is not washed by the baptismal water, should be excommunicated from the Church of mysteries for 40 days. So the night before in rivers and lakes cut a hole in the shape of a cross are sanctified, so that everyone could receive the divine blessing and the Holy cleansing dip in the hole. They say that one who bathed in the Baptism in the hole, won't hurt the whole year. Although this claim has no scientific evidence, January 19, thousands of people bathe in the hole. In addition, it is believed that all the evil spirits that walked the earth during the Yuletide, also goes into the water, cleansing the earth from evil spirits. By Epiphany consecrated water sprayed all corners in the house and drink on an empty stomach to get rid of diseases and failures. Epiphany water does not go bad for long time keeping its healing properties, so you can drink it the whole year.
5
The modern rite of Baptism consists of several parts: preliminary discussions; the announcement, when a person renounces the devil and gives a promise to live in faith; immersion in Holy water and anointing. And if adults are aware of the actions performed during infant baptism, the responsibility for future spiritual enlightened life falls on the godparents. Taking a child from the Holy Cup after washing (hence is the second name of godparents - godfather), they, before God, promise to raise the child in faith and piety. Committed time in my life, the sacrament of receiving the Holy Baptism gives the opportunity to be reborn anew, to leave her past sins, repent and become a different person, with a pure mind and kindness in heart. And the feast of the Baptism of the Lord provides an opportunity to rethink their actions, to let in the heart of God, to get rid of anger and vices. Because only such people will receive blessing and eternal life in Heaven.
Is the advice useful?
See also
Подписывайтесь на наш канал