What is interesting to see in Voronezh

Voronezh - a city of glory, city of history and city youth. He is rarely included in tour program and undeservedly forgotten by travel agencies. But in Voronezh have something interesting to watch. 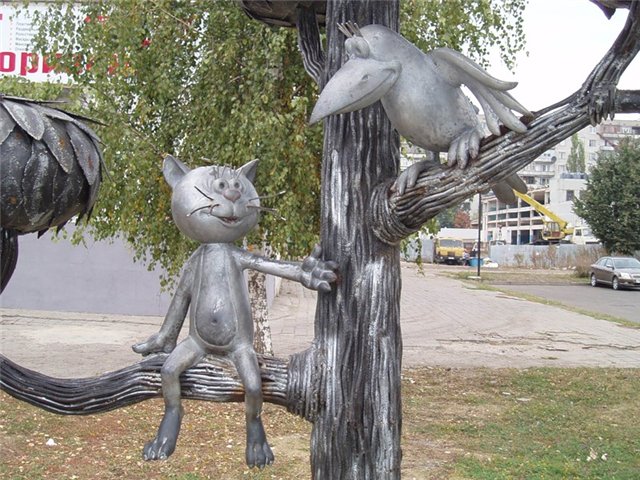 Museum of the forgotten music

On the street 9-go yanvarya, house 108 (City Palace of culture) is a unique Museum of the Voronezh Museum of forgotten music. Here are collected the musical instruments of different Nations, are not currently used. Many of the tools restored and are in working condition. The founder of the Museum Sergei Plotnikov very interesting talks about each tool. Moreover, the exhibits can not only touch, but even to play on them.

The Arsenal Museum is the oldest building in the city. It was built in 1770, the year previously there was a factory case. The Museum started working in this building in 1984 and it exhibits more than 1200 exhibits: archeological finds of metal items, folk costumes, articles of porcelain, faience, glass, the Museum is recommended to visit you for your sightseeing walk through the city. Arsenal is on the street of Stepan Razin, 43.

The Princess castle is shrouded in mystery and legends, even rumors about that here lives the Ghost of Princess of Oldenburg. And all because of the fact that up until today the castle has been kept in pristine condition, and even in war the Nazis kept this building when he learned that the Princess belonged to the ancient German race. So, if you want to see the ghosts – go to the settlement Ramon of the Voronezh region.

In Voronezh it is possible to meet bronze kitten from lizyukov street (it is located oddly in the street lizyukova, 4) Here kitty sitting there with crow, and every day is photographed with a huge number of tourists. But if the kitten can feel for left foot, any wish will come true.

No less popular monument to White BIM Black ear" (located at the square in front of the puppet theatre "Jester"). Four-legged touching the hero of the story is popular among children, youth, adults and even the elderly. On the collar of the dog engraved with his name. And Pat him on bronze ear – a good omen. A monument to BIM has become a symbol of mercy, love and kindness in Voronezh.

On Plekhanovskaya street, you can find another interesting sculpture is the monument to the Stranger. Lonely girl sitting on a chair made by order of the owner of the adjacent interior boutique "Hermitage". Can approach a stranger and sit on a three-legged stool. And of course, make a couple of photos.

Voronezh reservoir divides the city into two halves, which connect the bridges. Or rather three of them. The first bridge – Chernavsky. He is a car and pedestrian. And it is the oldest bridge in Voronezh and, apparently, one of the oldest in Russia. This bridge is considered a symbol of the city, after all, he not less than 300 years. From Chernavsky bridge is a quay named Massalitinova that connects all three bridges.

The second bridge Vogresovsky - also car-foot and was built in 1954. The length of the bridge is just 500 metres and is located near the Voronezh TPP. Currently, the bridge is recognized as an emergency.

The third bridge is the North. It's the modern automobile, tram and pedestrian bridge, to the same level. He was built with a prospect of operating high-speed rail transport – metro or light rail.

All three bridges offer beautiful views of reservoir and city, situated on the two banks.

Voronezh is one of those mysterious cities, which with each trip discover something new and interesting, previously unknown.