Is there anything interesting to watch on the Sparrow hills

Sparrow hills is one of the most famous parks of Moscow. It is often carried out various activities such as, youth flash mobs, concerts and sporting events and these tend to fall almost everyone who comes to the city. 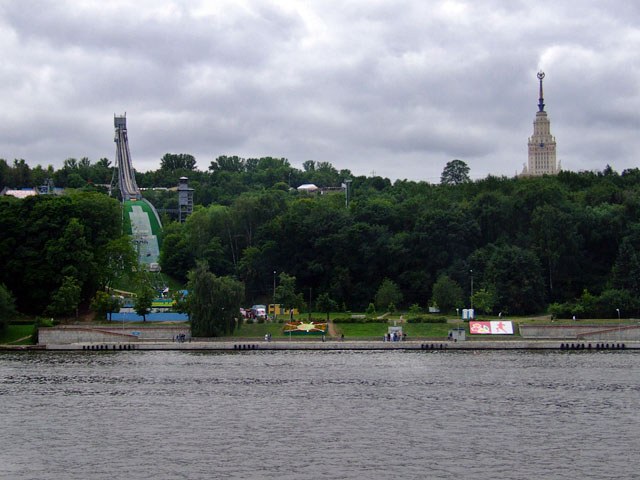 Related articles:
Sparrow hills is located on the so-called Teplostanskaya hills on the right Bank of the Moscow river, in the southwestern part of the city. Its name this area owes the same village, which was located here in the Middle ages. According to historical records, the village was bought by Princess Sophia the priest named Sparrow turned into a beautiful estate, and then in the Imperial summer residence. Later on the Northern slope of the mountains was built St. Andrew monastery, which operated until the late eighteenth century. In Soviet times, the Sparrow hills was renamed to Lenin, was built a building of the Moscow state University.

The main attractions of Sparrow hills

The main attraction of the Sparrow hills is, of course, an observation deck. It was chosen by the photographers, as they offer the most beautiful panorama of the city, here come the newlyweds taking pictures on the memory of residents and visitors, guided tours for tourist groups. Here like to arrange your meeting, representatives of various youth subcultures, which are transformed into colorful dance performances.

Not to mention the extraordinary beauty of landscape of hills green area of broadleaf trees, which stretches from the North to the South of the area, locations of landslides on the steep banks and rising groundwater, forming springs, three natural ponds. In the natural reserve with tame animals and birds are regular guided tours, in order to discuss environmental issues.

No less interesting will be to look at the ski jump, built in 1953 and is still in or holding races on bicycles and motorcycles. In addition, you can rent a Bicycle and roller skates. Extraordinarily beautiful sight is the design Luzhnetsky metro bridge, which connects the Sparrow hills and Luzhniki stadium.

St. Andrew's quay at the foot of the fortified hills of granite, which I love to sit the fishermen, and the green lawns are a fan of tan. But swimming here is not recommended, although no strict prohibitions, than many people enjoy.

How to get to Sparrow hills

The easiest way to get to Vorobyovy Gory metro, but can be reached by trolley or boat. Pier and river transport, and the trolley stop, and metro station carry the same name "Sparrow hills".
Is the advice useful?
See also
Присоединяйтесь к нам
New advices