What is a non-Newtonian fluid

Normal fluid flow, shimmer, different light permeability. But there are substances that are able to stand upright and even to withstand the weight of a person. They are called non-Newtonian fluids. 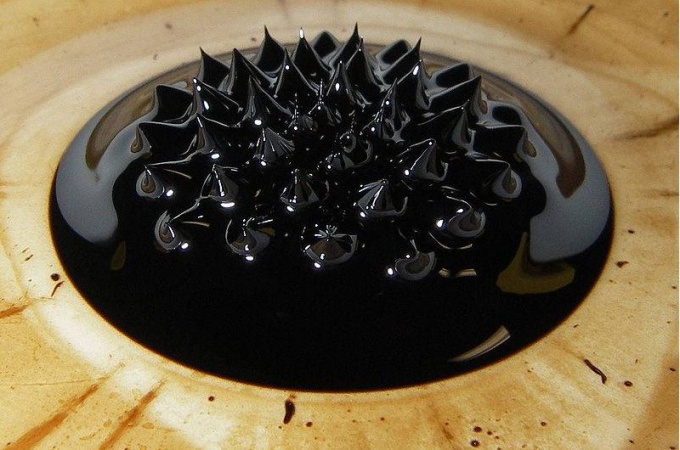 Related articles:
There are emulsions, the viscosity of which is changeable and dependent on strain rate. Suspensions with properties contrary to the laws of hydraulics, developed a lot. Their use is widespread in the chemical, refining, oil and other sectors of modern industry.

Among non-Newtonian fluids can include wastewater, mud, toothpaste, liquid soap, mud, etc. Usually these mixtures are heterogeneous. They contain large molecules that can form complex spatial structure. Exceptions are suspensions prepared on the basis of potato or corn starch.

Preparation of non-Newtonian fluid at home

To create the emulsion will require water and starch. Usually the ingredients are used in equal parts, but sometimes the ratio is 1:3 in favor of water. After mixing, obtained liquid resembling the consistency of jelly and with interesting characteristics.

If a container of emulsion is slow to put the item, the result will be similar to dipping things in paint. Well swinging and hitting the mixture with your fist, you can mark the changes of its properties. The arm will rebound as from a collision with a solid substance.

Poured from a great height the emulsion in contact with the surface, accumulates lumps. At the beginning of the jet it will flow like an ordinary liquid. Another experiment is to slowly put your hand in the composition and sharply compress fingers. Is formed between the solid layer.

You can put the brush to the wrist in the suspension and try to pull her sharply. There is a huge probability that the capacity of the emulsion will rise together with your fingertips.

The first such toy was created in 1976, It has gained immense popularity due to its unusual properties. The slime was flexible, fluid and have the ability constantly to transform. This quality has made the demand for the toy is huge among children and adults.

They have overnight properties of solid and liquid bodies due to the unusual configuration of the grains. Under quicksand water flow whips loose layer of grit to the moment, until the mass passes to the bottom of the traveler neither brings down the structure.

Sand is redistributed and begins to suck man. Attempts to get out independently, lead to the rarefaction of the air, with Titanic force pulling legs back. The effort necessary for release of the limbs in this case comparable to the weight of the machine.

Any attempt to move causes a powerful reaction. The sand mass, moving with low speed, no time to fill a cavity that is formed around the subject. It creates a vacuum. In response to a sudden movement of the suspension hardens. The movement in the shifting Sands is possible only in the case when it is carried out very smoothly and slowly.
Is the advice useful?
See also
Подписывайтесь на наш канал