A longitudinal or transverse flat feet, second degree recruits taken into the army. In this case, when the medical examination is usually installed category date B, which implies the suitability of individuals for military service with minor restrictions. 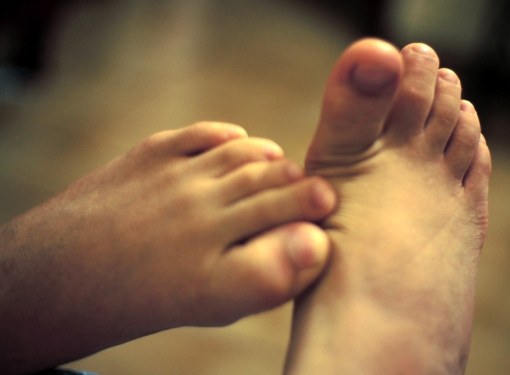 Related articles:
Flat feet is a common cause of recognition of young men of military age partially fit for military service. However, the flat second degree is not considered a basis for establishing the categories of life, so the disease in the army is generally called. Recruits, who have such flat feet during the passage of the medical Commission of the category "B", which prescribes certain limitations in carrying out their respective responsibilities to the state, but does not exempt them entirely.

The flat second degree corresponds to item 68 of the Schedule of diseases, which is the Appendix to Position about military-medical examination, approved by the Government of the Russian Federation. In this paragraph there are the following items:
a) feet flat, other foot deformity with significant impairment of function;
b) flat feet, associated with mild dysfunction;
C) deformation of the foot, flat feet with a slight impairment of function;
d) objective data, and not indicative of dysfunctions.

Compliance disease inductee named to the first subparagraph leads to full exemption from duty for military service, that is, to such recruit the category "D" - not fit for duty. Identify the second or third subparagraphs of medical fee leads to the establishment of category "b" - limited suitability for military service. In this case, to go into the army also won't have to.

To what point is the flat second degree?

The flat second degree always refers to the last subparagraph of paragraph 68 of the Schedule of diseases that directly indicated in the notes contained in this document. It does not matter the specific form of this disease, as the longitudinal and transverse platypodia this degree does not cause disorders of the. That is why if you have this disease the recruit can only rely on the establishment of a category "B" which is not exempt from the direct exercise of military duty. The flat third or fourth degree is an unconditional basis for exemption from military service because such person while passing surgical examination of recognized validity, do not take him into the army.
Is the advice useful?
Присоединяйтесь к нам
New advices