How many letters in Chinese, Korean, Japanese alphabets?

In the Chinese language alphabet is not used, the letter of the language – hieroglyphic, that is, consists of many characters, including not sound, and the meaning of the word. Created based on the Latin alphabet Pinyin is only used for transcription of words to facilitate language learning. Korean alphabet Hangul 51 sign, or chamo, but only 24 can be called the same as traditional letters. Japanese writing consists of three parts: the hieroglyphic and two syllabaries – hiragana and katakana, which for 47 characters. 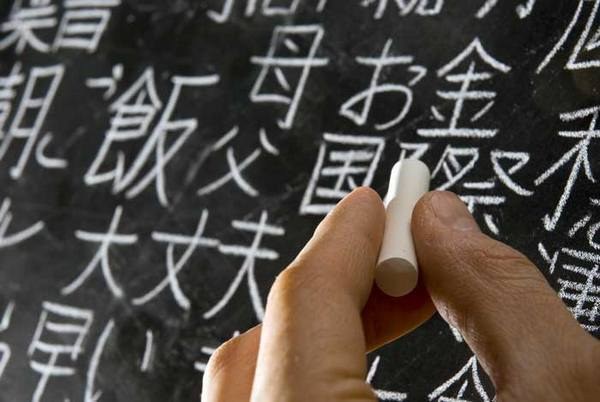 In Chinese there is no alphabet, as the letter does not appear, the sound of the word. Chinese ideographic writing system, consists of a large set of characters, with no sound, and lexical meaning. In the Chinese language are not very many sounds, they are formed into syllables, and to describe the sound system would be enough thirty characters. But the alphabet does not meet the requirements of this complex language, which is rich in homophones – words that sound the same. The Chinese would be more difficult to understand written text, if they used a sound alphabet.

However, a kind of alphabet in the Chinese language there is a transcription system Pinyin, created for the romanization of the language. The sounds of speech written in Latin characters combined into syllables. An alphabet facilitates language learning by foreigners and helps to transcribe foreign words that have not yet chosen characters. Pinyin consists of 26 letters – it's all Latin letters except V, and the so-called U-umlaut.

Korean letter is very similar to Chinese, as his characters came from ancient Chinese characters. But that sound letter – Koreans use the alphabet or the like, which is called Hangul. Letters or symbols of this system are called chamo or nasori.

Just Korean writing there are 51 chamo, 24 of them can be compared with the usual letters: some of them write consonant sounds, part – vowels. 27 other chamo is unusual for European alphabets double or triple letters, which are composed of several sounds and signs. They are called digraphs or trigraphs: it can be double consonants, diphthongs, or combinations of vowels and consonants.

The Japanese writing system consists of two parts: kanji, or kanji, and Kana, or of Kana. The alphabet is divided into two types: hiragana and katakana. Characters are used to describe the basic meanings of the word, if to compare with the Russian language, we can say that these characters write the roots of the words. Katakana is used for writing foreign loanwords, and hiragana to represent such words with no common meaning (suffixes, particles, adjectives). The Japanese language is also slodowy, and every sign of the two alphabets means not a single sound and syllable.

And katakana, and hiragana characters for 47 – the number of syllables used in the Japanese language.
Is the advice useful?
See also
Подписывайтесь на наш канал