How to pickle cucumbers

Homemade pickles are a great snack and tasty addition to many dishes. Spicy sour-pickles turned out crisp and strong, and the banks with them "blew up", carefully observe the technology of preparation. 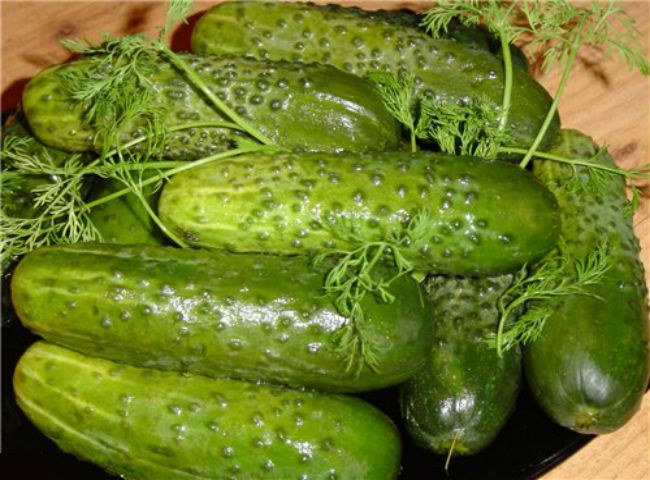 Select for pickling cucumbers without defects, of medium size. To the canned food turned out delicious, the pickles should be very fresh, dense and strong. Overgrown and lethargic vegetables otbrakovyvaya.

The taste of canned food a balanced, carefully observe the proportions of spices and herbs. The root and leaves of horseradish should be two times more than parsley and dill, two to three times more than hell. Be careful with the red chilli pepper. It gives the cucumbers piquancy and poignancy, but too much pepper will make the vegetables bitter. One liter should be not more than one tenth of the small pod. Do not put a lot of garlic - large cloves per liter of marinade is enough.

For 1 liter of volume of the jar you will need:

Prepared cucumbers soak for 6 hours in cold water. Rinse cans with baking soda and rinse thoroughly. In each container place spices and pre-chopped herbs. Wash the cucumbers and cut the tips. Lay the vegetables in the cans, positioning them vertically. The top row of cucumbers should reach the neck of the banks.

Make a marinade. In three-liter jar you will need:

For the marinade, take coarse salt and pure well or spring water.

Salt and sugar add water, stir. Boil the mixture for a few minutes. Warm a jar filled with cucumbers on the ferry and fill it with boiling marinade. Cover the jar sterilized in boiling water with a lid. Give the canned food to stand a couple of minutes and then put them in a bowl of hot water on a wooden stand or a towel. Bring the water to a boil and sterilize the cucumbers 15 minutes (for two-liter jars) or 20 minutes (three-liter). After the process is over, remove the jars and pour in vinegar every. Then immediately screw the lids using a special machine.

After cooling the cans top cap anti-rust lubricant, then they won't rust.

Turn the jars upside down and put into a bowl. Cover them with towels moistened in warm water. Watering cans every 2-3 minutes at first warm and then cold water. This method of cooling will retain the bright color of cucumbers, make them strong and crisp. After half an hour of cooling, flip the jars up. Wipe them with a dry towel and store it away safely.
Is the advice useful?
See also
Подписывайтесь на наш канал