Growths on the soles of the feet, causing a tingling pain when walking, popularly called "sepics" because of feelings like stuck in my foot a thorn. To get rid of them. At the clinic they are broken down by nitrogen, laser, shock or chemicals. At home you can try to cope with spicami, and prepare drug according to folk recipes. 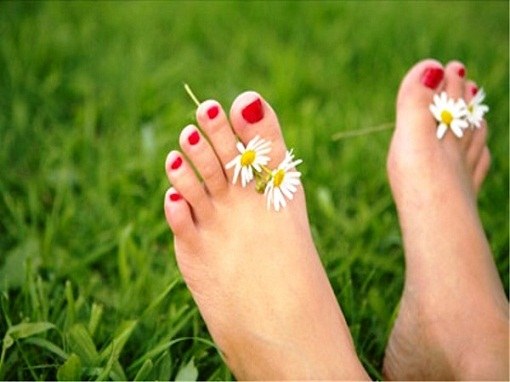 Tipica on the foot: what is this disease and why it occurs?

Chipita is a skin growth of the foot, similar to a wart or grated corn. Yellow with pink threadlike formations, it usually affects the heel area or located under the big toe – in the place where the limb is most often rubbed.

The appearance of sepici on the human body due to exposure to human papilloma virus or pathogenic fungus. By weakening the immune system or high humidity conditions the foot becomes infected and hurts like it was pricked, and when walking uncomfortable and the pain only intensified. After inspection, problem feet one finds education covered with a dense film of dead skin cells, which grow filiform papillae.

Ways to get rid of chipits

Surgical diathermy nitrogen is a painless procedure, recognized to date, the most effective way to remove shipit. After treatment of the patient area on the surface of the skin remains a little hole, but it quickly tightened without the formation of scars.

Laser and radio-wave methods are also painless and safe, and often one session is enough to get rid of Lipitsy. But to remove overgrown on the skin surface and sprouted into formations may require multiple procedures.

The chemical removal of chipits involves the use of acids and alkalis, however, this procedure should be performed only by an experienced technician who knows a lot about chemical reagents. To avoid chemical burns, the doctor should treat the healthy surrounding skin with baby cream or vaseline.

The difficulty of the treatment of sepic is that their roots are able to penetrate deep into the skin, causing grows new education. If the foot is "decorated" with many different size sipic, you first need to remove most of it. And then a small, regrown from its roots of education, will disappear.

Treatment of chipits on the foot folk remedies

At least the appearance of sepici quickly to cope with it will help celandine extract, which is sold in the pharmacy. After treatment the patient area for several consecutive days, the wart disappears. In the same way used vinegar essence.

Peeled onion RUB and pour the solution of vinegar. On the affected foot apply the patch, having cut in it an opening corresponding to the size of Lipitsy. Next, the mixture is applied on the visible part sepici, and on top of it is covered with another piece of tape. This procedure must be performed at night for more prolonged exposure to medicinal agents.

To cope with overgrown sepica will help young nettles. Clean the chopped leaves are spread on large burdock leaf and wrap them in the foot. Burdock is fixed with a bandage or adhesive plaster, and on top put on warm socks. If you carry out this procedure before going to sleep, in the morning from the growths will not be over.
Is the advice useful?
See also
Подписывайтесь на наш канал