How long can a wedding

The sacrament of marriage is one of the most beautiful and joyful sacraments of the Church. It takes place for 20 centuries since the Apostolic times, and consists of two parts – the rite of betrothal and following the wedding. However, over the last ten centuries it has undergone significant changes and has become much shorter. 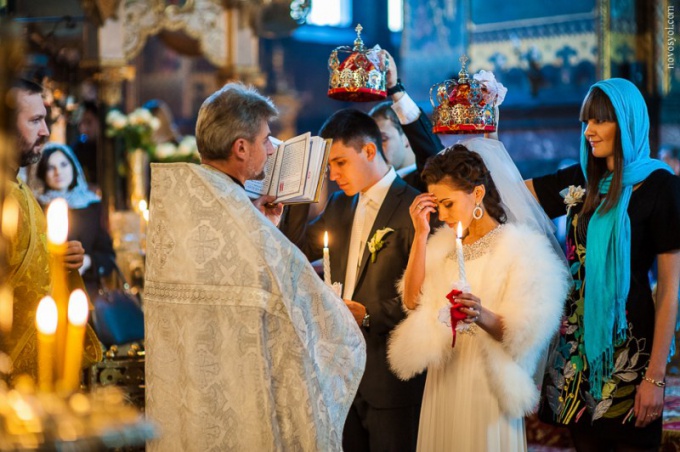 Related articles:
Interestingly, before the betrothal was not a Church but a civil act, which was celebrated in a festive atmosphere and large crowd of people. The rite of the sacrament, too, has varied considerably and only in the XVI century completely embedded in the form in which it is know today.

Preparing for the wedding

The wedding is accompanied by some preparation and not so much economic. First of all it concerns the catechetical discourses that the priest shall hold with marriage. It is often assumed that this communication is formal in nature, but its function is quite different: to warn young people about the possible dangers and pitfalls that could await them in marriage. These conversations can again, as if from the outside, look at the relationship and their partner, and think about how the decision to unite in marriage is balanced.

If, after conversations with the priest, no hesitation left, the bride and groom have to agree with him on the day of the wedding.

In addition to the marriage must obtain the blessing of their parents, to fast and receive communion before the sacrament.

Planning a wedding, it is important to know that it is not possible during the Great, the Nativity, the Dormition fast, the day before Wednesdays and Fridays throughout the year, as well as some other days.

How is the sacrament of marriage and how long it lasts?

The sacrament of marriage begins with the betrothal. It takes place at the very entrance to the Church or in the narthex. The priest blesses the bride and groom lighted candles which then gives them; and then read prayers. After this, the priest brings from the altar the ring, consecrated on the throne: one to wear to the groom and the second to the bride, saying: "plights his Troth to the servant of God (name) servant of God (name)..." and Vice versa. Just ring peremejayutsya three times, then again special prayers are recited and the wedding begins.

Standing in front of the lectern, the priest talks to the newlyweds about the nature and meaning of Christian marriage, and always specify whether the desire to join the mutual. And the question "didn't promise to marry any other (different?)" implies not only a direct promise to someone one of the newlyweds, but also other moral obligations that can make the wedding impossible.

When mutual consent is obtained, the priest performs the wedding, consisting of prayers, laying of wreaths, drinking from a common thicket.

In ancient times crowns were removed only on the 8th day. The crowns, of course, did not from metal, from a long time not fades of wood to make them comfortable to wear.

At the end of the marriage celebration young brought the Cup from which everyone drinks three times alternately.

When the groom and bride drink from the Cup, the priest joins their right hands and three times circled the newlyweds around the lectern. Then removes the crowns and said first and perhaps most important, a parting word to their family life, connected not only before men but also before God.

In each Church the sacrament of marriage is different and lasts for about 45 minutes. If young is crowned by a well-known priest, the sermon may take a little more time - then the wedding will last approximately 1 hour.

Wedding - is not only one of the most wonderful mysteries, but also deeply symbolic, where every detail is of particular importance. For example, the crowns that lay on the heads of the newlyweds, symbolize not only the attributes of Royal power and dignity, but also of martyrdom, of self-denial. After all, every marriage (how many would be happy he was not) – is primarily a feat.
Is the advice useful?
See also
Подписывайтесь на наш канал