Why attending the lunch can't eat with forks

The funeral ceremony has a very long tradition, and because some of them modern people do not understand. For example, few can convincingly explain why not at the memorial dinner to use forks. 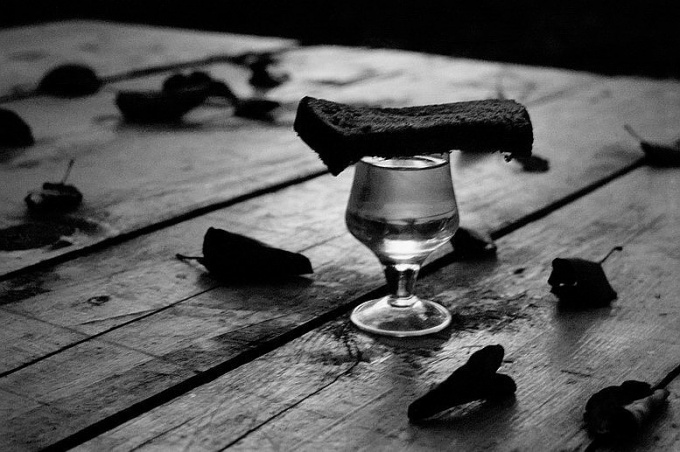 Related articles:
There is a belief that the day of the funeral at the memorial dinner it is impossible to use a fork. People prefer to eat with spoons, although this is not always convenient.

One of the most common versions of the origin of such restrictions is quite simple: a few centuries ago the plugs were not known to the people, because even in the Soviet canteens mostly they ate with spoons. Maybe that's what was the basis for what to eat with forks at the funeral "sin."

In Soviet times, explained the tradition even more simple: plug the sharp objects, "rage", those who came to see the deceased on his last journey, could cause injuries to each other, for example, in the heat of emotion, in the division of inheritance, etc.

Version of the traditional

Koliva – a memorial of wheat cereal with honey, dissolved in water (sated). Kutya is prepared not only for the Wake, but in the Christmas eve Baptism.

More objective and believable from the point of view of history does the version that originally memorial the main dish is kutya - they ate with spoons, and the dishes that were required to divide into pieces, simply broke.

Funeral dinner traditionally begins with the fact that all eat exactly three tablespoons Kuti. Bread people take hands. In the modern tradition, by the way, when conducting a funeral kutia is often replaced by pancakes must bake a widow or widower, and in their absence, the nearest relative of the deceased.

The first memorial dinner opened me six weeks of mourning, during which the house should not be entertainment, and family holidays and weddings.

In the old Church books one can often find statements like plug – the subject of demons (remember that the devil has a Trident, and the devils are endowed with tail with hook tip). However, such views were characteristic in the period of introducing into use a new subject, as to reject all new conservative characteristic of human thinking. Today, such speech can be heard from believers that the old fashioned use only spoons even in everyday life.


Modern priests explain that the canonical prohibition on the use of forks at the funeral does not exist, but it is a tradition that it would be nice to observe. However, much more important to observe funeral etiquette: funeral service of the deceased to conduct the funeral ceremony with prayer and humility, and to make Church this remembrance on the ninth and fortieth day after the funeral.
Is the advice useful?
See also
Подписывайтесь на наш канал