How to hold Cutlery

Dining etiquette is a set of good manners that were held during the meal. In different cultures there are differences in manners of behavior at the table, but the General rules are the same for all educated people. 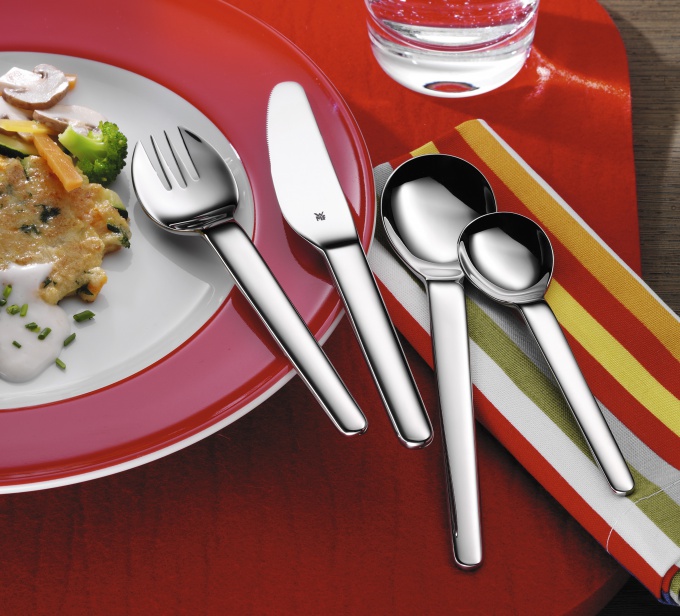 Related articles:
Instruction
1
In accordance with the rules of etiquette table deviceslocated to the right of the plate, it is necessary to take and keep the right hand, and what is left, is left. A spoon while eating is commonly held between the thumb and forefinger of the right hand, after finishing the meal it should be put in the dish. Shcherbinaite soup plate spoon toward you, slightly tilting it. The spoon handle keep the thumb and forefinger to draw it should the middle finger.
2
Using both a fork and a knife, fork hold in his left hand and the knife in the right. The handle of these devices keep the thumb, index and middle fingers, while it rests on the palm. Even if you want to make an extra effort to cut food, not allowed to put your fingers on the edge of a knife or the tines of a fork. Fork and knife hold in your hands horizontally over the plate all the time, even in those moments when using only a fork. If the instrument must be deferred during the meal, they should be put on the edges of the plate or crosswise on it to hand the knife looked to the right and forks to the left. The handles of knives, forks and spoons keep so not to touch those parts that come into contact with food. After finishing the meal the knife and fork, place it on a plate.
3
Cutting up into pieces the potatoes and vegetables are fork hold in his left hand, and a knife holding the food. Omelets eat it without a knife, holding the fork in his right hand. Puree eat in the following way: holding the fork tines up and the knife put to her a small portion. The straw pierce the potato with tines of a fork and see deeper with a knife.
4
In the classic version of meat dishes should be eaten while holding a knife and fork constantly in his hands. American option instructs, cutting the meat with a knife and fork into small pieces, putting down the knife on the right edge of the plate and the plug to shift in the right hand and to eat.
Is the advice useful?
Подписывайтесь на наш канал