How to play army song

Learn the army song to show off the talent in the circle of colleagues and to remember the past, it is easy. Music in songs is similar in motive and means and technique. So to play army tunes, you can learn one or two songs. 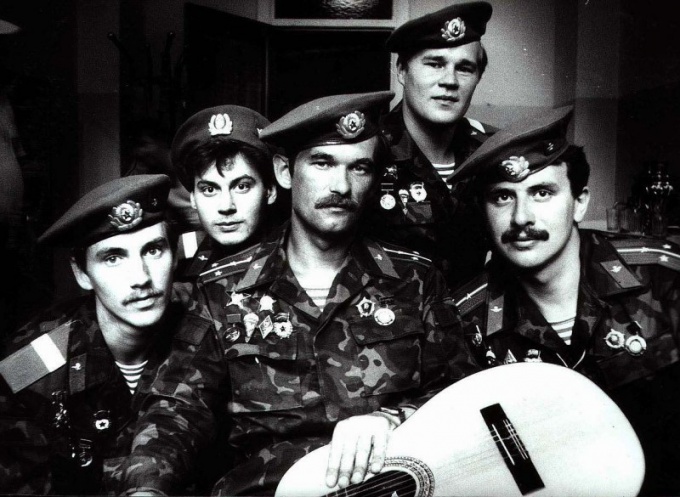 Related articles:
Instruction
1
The most convenient tool for the execution of the army songs is a six-string guitar. First, learn to play the guitar at a basic level is not as difficult as other instruments, and, secondly, the guitar is very convenient to take camping, as it is, for example, is much lighter in weight than a piano, and the setup is easier than the violin. In addition, the guitar can play any army song.
2
Learn how to play an army battle. This skill will greatly facilitate your learning of army songs. This technique is also called the battle "six", as one cycle comprises six movements. Played it two times down the strings, then twice up and once down and up.
3
Another variety of this battle - the game of silencing the strings. To do this, replace the second and fifth shock "cap" - a blow on the strings and simultaneously pressing the brush to them, so the sound is not stretched, and broke. Game battle songs fit with the dynamic music and words.
4
Learn the chording, which are suitable army songs. For example, to play the just too much, enough turns to pull the strings: first third, then second, first and in reverse order and from the bass. This technique is useful song lyric. For example, it's good to play that song too much "the Order is not sold".
5
Combine two techniques of the game in one song, to diversify the music. Verse play the army song too much, and the chorus - boy. If you play the guitar in a circle of friends, you will notice that the verse most of you will listen, so you can play softly and lyrically, and the chorus is usually that that is why the fight is here appropriate.
6
Buy in a bookstore a collection of army songs with chords. Usually, to play you need to know the basic triads: Am, C, Dm, Em, G. various songs and chords can be found online at sites specializing in this area (the amdm.ru, akkord-gitar.com).
Is the advice useful?
Подписывайтесь на наш канал