How to play overkill on a 6-string guitar

How to play the guitar not so much, but the variety inside styles great. Now you can often hear the accompaniment for the song with guitar beat. And some of the guitarists own "brute force." In fact, this technique, which is called arpeggio, is a classical technique of playing the guitar. With it you can play the most emotional and beautiful songs. 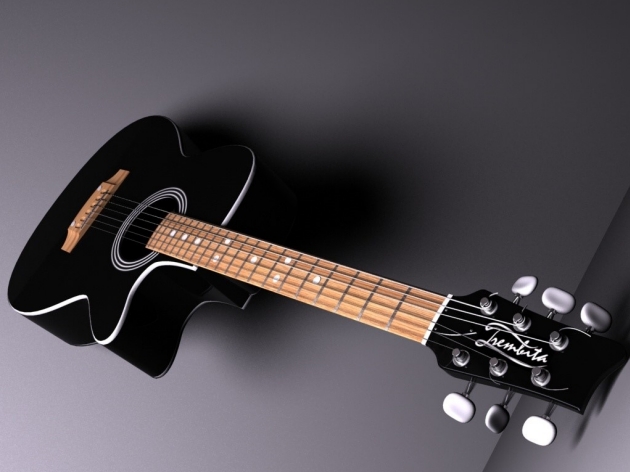 Related articles:
Instruction
1
Train your fingers. First of all, you need to teach your fingers to this method of the game. It does not need to know the techniques of arpeggios. Simply loop through the strings one after the other in sequence, for example, 1, 2, 3, 4, 4, 3, 2, 1. This is a fairly common form of overkill. Accustom your fingers to the fact that each of them needs to pull his string. Not accustomed to play fully with one finger. Ideally, the thumb pulls the strings of the bass, the other three (four) finger shall receive. It is not easy, so practice as much as possible.
2
Go to learning arpeggios. The easiest method consists of four strings. The thumb pulls the bass string. To get a beautiful sound, during exercise put the chord, for example, "a minor". Consequently, bass will be the fifth string. After the bass grazing 3, 2, 1. Train this technique, gradually moving the chords. Then study the following. It's called sustitucion arpeggios. Grazing bass, then 3, 2, 1, 2, 3. This technique is much more complicated.
3
Play broken arpeggios. The most difficult and the most beautiful view of the "brute force" is a broken arpeggio. Also it's called vosmitsvetnyh. With it, performed most of the songs that are played "brute force." This technique is played as follows: bass, 3, 2, 3, 1, 3, 2, 3. The main difficulty is that you have to pluck more strings. However, after a good workout, you will easily be able to touch them.
4
Other ways to practice arpeggios. Every musician has its own kind of "overkill". Remember the song of DDT "Is everything." Try to master these original methods. Listen to more guitarists, performing their songs too much. Thus, you will add your own new ways of busting.
Note
Playing guitar search. So, certainly, listening to acoustic albums various artists, have you noticed how melodious and gently flowing guitar music. Notes in the melody continuously followed, running, but not overtake each other. For a game called overkill. Try to understand what they consist of, and how to play Robin.
Useful advice
Starting to study too much, study the pre-chords for guitar - for beginners. Without knowledge of fundamental guitar chords, this information You will simply not interesting. So, after You've studied the chords, start trying to play brute force on these chords. The bust is no big deal. To begin, consider the five-string too much. For simplicity, we accord Am.
Is the advice useful?
See also
Подписывайтесь на наш канал