Why and who sold Alaska to America

The Alaska Peninsula is currently a territory of the United States. However, almost one hundred and fifty years ago it was Russian territory. Now naturally the question arises, under what circumstances and who sold Alaska to America. 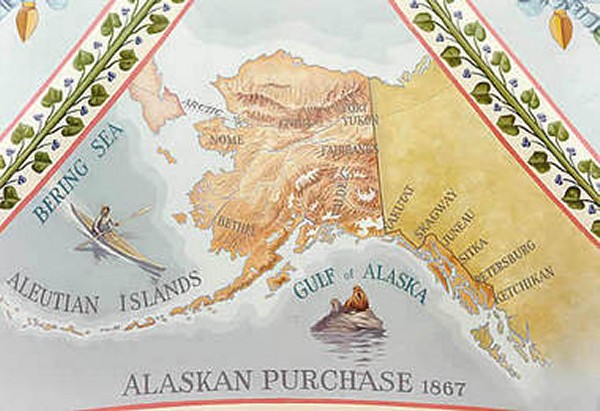 Related articles:
Instruction
1
Many Russians believe that the sale of Alaska was a reckless deal for Russia, as the Peninsula was given possession of the United States for next to nothing - only 5 cents per square kilometre of land. While Alaska is not only a strategic position, but also crammed with diverse natural resources: gold, diamonds, offshore oil.
2
However, most of those who are upset due to the sale of Alaska to America, forgetting that at the time of the transaction the land was hardly populated.
3
Thus, the first "Russian America" was opened in 1766 by merchant Andrian Fat. Since then began the development of Alaska. Russian sailors conducted sea fishery and fur-bearing animals, fish.
4
The main problem in the development of Alaska was the question of supply. Land later sold to the Peninsula was unsuitable for agriculture, horticulture and livestock, and fish diet was maloprimetny for Russian colonizers. Food had to be imported, causing the prey beast was unprofitable.
5
In addition during the reign of Alexander II of Russia needed political reforms: abolition of serfdom, the development of road construction industry and rearmament of the army and Navy. All this required a lot of money. And far the Peninsula required protection, which the Russian government could not be achieved without large financial resources. It was at this point from the US government received a proposal to purchase Alaska.
6
But even to sell Alaska to America was not a simple one. Taxpayers and many American congressmen believed the acquisition of this empty site waste. The transaction took place, they had to convince the privy councillor of the Emperor to Baron Eduard Andreevich Glass.
7
Many respond confidently to the question, who sold Alaska to America - Catherine II. This happens because of the categorical statements of the group "lube" in the song "don't fool around, America" that Catherine was not right. However, this is incorrect, as the agreement of sale was signed in March 1867. It was during the reign of Alexander II. The contract amount was $ 7.2 million. Then it was a lot of money for the Russian state.
8
Technically the territory was transferred to the United States in November 1867, but to assess how beneficial the Americans bought Russian territory, they managed only thirty years later, when in the depths of the Peninsula were the minerals found.
9
There is another misconception about who sold Alaska to America. In Russian journalism say that the Peninsula was leased for 99 years, and then it was not made right. But this fact is not confirmed.
Is the advice useful?
Присоединяйтесь к нам
New advices