What is the Old and the New world

There are several versions of the origin of the terms "Old" and "New world". On one of them, introduced them Amerigo Vespucci in 1503, on the other hand Christopher Columbus used them in 1492 for the separation of known and new discovered lands. The expression Old and New Light has been used for several centuries until it went out of fashion and has not lost an urgency in connection with the discovery of new Islands and continents. 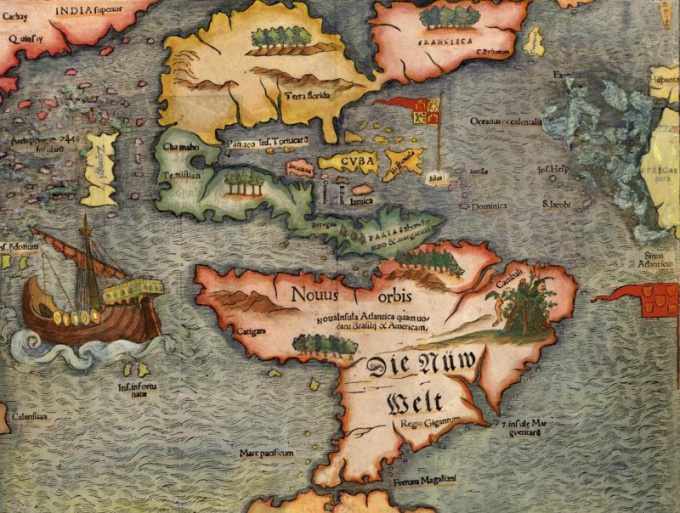 The old world and the New world: geography

Europeans traditionally attributed to the concept of the Old world on two continents – Eurasia and Africa, i.e. only those lands that were known before the discovery of the Americas and to the New World – North and South America. These designations quickly became fashionable and widespread. Terms quickly become very large, they are treated not only to the geographical concepts known and unknown world. The old world began to call something well-known, traditional or conservative, a New Light – something fundamentally new and insufficiently revolutionary.

In biology, the flora and fauna also be divided geographically into the gifts of the Old and New world. But in contrast to the traditional interpretation of the term, New world in biological terms includes plants and animals of Australia.

Was later opened Australia, New Zealand, Tasmania and a number of Islands in the Pacific, Atlantic and Indian oceans. They became part of the New world and was designated a broad term Southern Lands. At the same time appeared the term the Unknown southern Land – a theoretical continent at the South pole. The icy continent was discovered only in 1820, and also became part of the New world. Thus, the terms Old and New world are not so much to geographical concepts as to historical and temporal boundary of the "before and after" the discovery and exploration of the American continents.

The old world and the New world: winemaking

Today, the terms Old and New world in the geographical sense are only used by historians. New meaning these concepts have gained in the wine industry to refer to the countries-founders of the wine industry and the countries developing in this direction. To the Old World traditionally treated all European countries, Georgia, Armenia, Iraq, Moldova, Russia and Ukraine. To the New World – India, China, Japan, and countries in North, South America and Africa as well as Australia and Oceania.

For example, Georgia and Italy are associated with wine, France Champagne and Cognac, whiskey, Ireland, Switzerland and the United Kingdom with Scotland with absinthe, and Mexico is considered the ancestor of tequila.

In 1878 on the territory of Crimea by Prince Lev Golitsyn has founded a factory for the production of sparkling wines, which was named "New world", and later around it has grown resort village, which is called the New world. Picturesque Bay receives every year crowds of tourists wishing to relax on the Black sea, to get to the tasting of the famous Novy Svet wines and champagne, walk around the caves, coves and the nature reserve juniper grove. In addition, the same localities are on the territory of Russia, Ukraine and Belarus.
Is the advice useful?
Подписывайтесь на наш канал